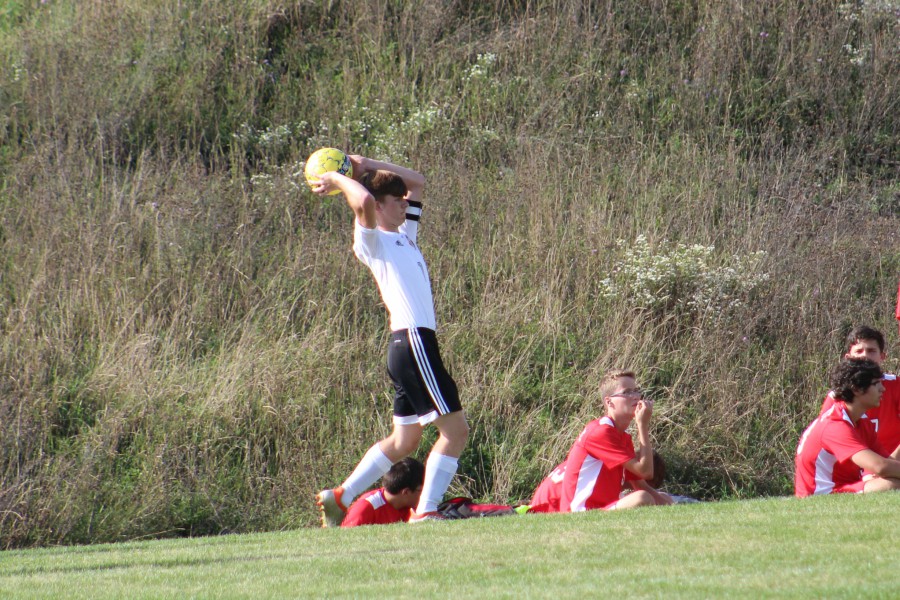 Blake Johnston and the boys soccer team dropped one in overtime yesterday to Bald Eagle Area.

The Tyrone/Bellwood-Antis boy’s soccer team couldn’t pull out a win against Bald Eagle yesterday at home, losing in overtime 3-2.

The Golden Eagles were able to strike first with a goal from Corey Johnston. After two consecutive goals from Bald Eagle, Johnston knocked home another to level the score 2-2.

The score remained tied through overtime until Bald Eagle’s Jared Gettig headed in a corner kick with one minute left in the game.

Johnston thought the team played well despite the loss.

“It was a good loss. It was one of our best games. We played as a team and connected one a lot of passes,” the sophomore said.

Bald Eagle improved to 7-1 on the season, proving the talent level BEA possess. Johnston wouldn’t credit the loss to luck, but he did say his squad has experienced some misfortune in its two losses.

“They got a fortunate bounce. I like where we’re at, but we have unlucky losses,” he continued.

The 4-2 Golden Eagles will return to action Saturday at 11 against Hollidaysburg.