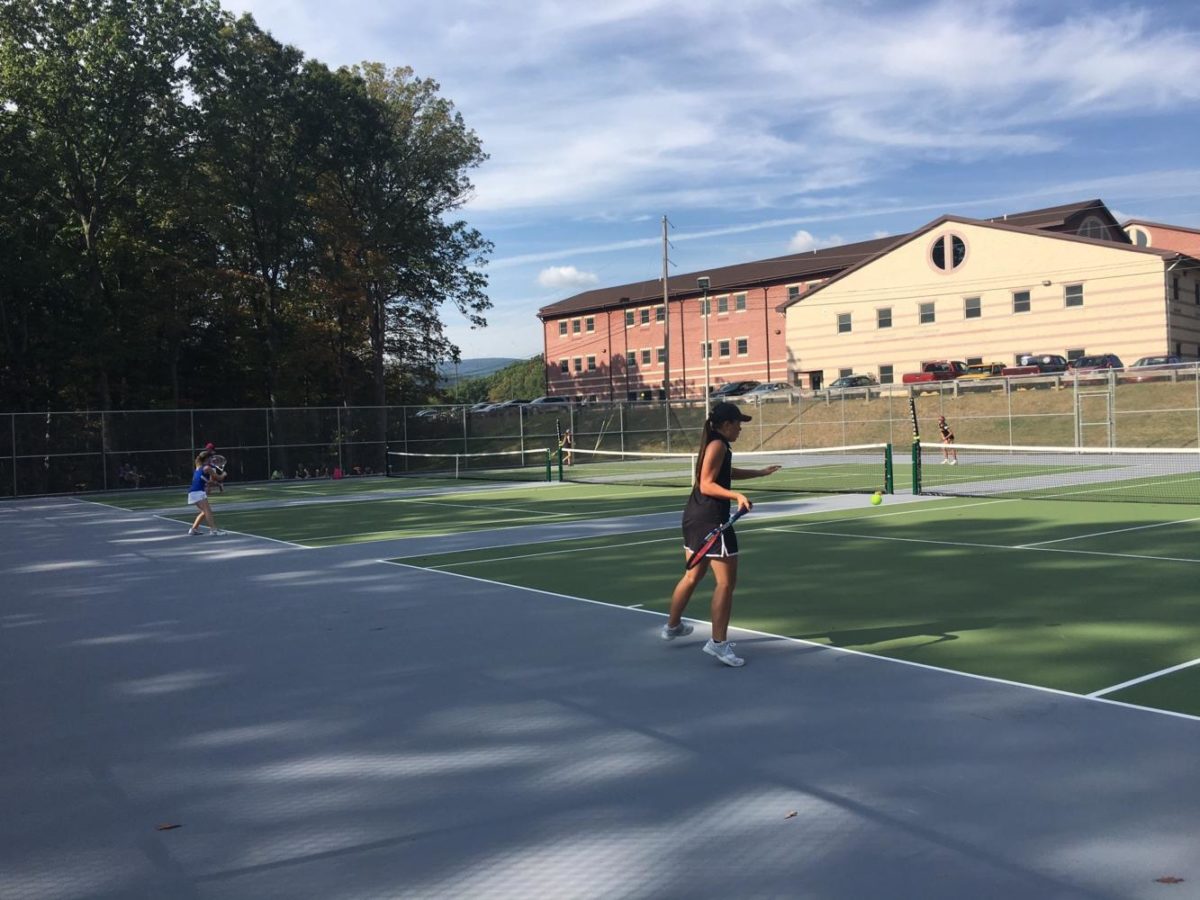 Tina Hollen returns serve against Windber in another win yesterday.

Christina Hollen, one of a handful of Bellwood-Antis representatives on the Tyrone Golden Eagles tennis team, claimed the only victory in a 6-1 loss against Windber yesterday.

Hollen’s victory came in a singles match, a competition where she remains undefeated this season. This win was especially important for Hollen since last night was Senior Night for the tennis team in Tyrone.

Hollen will look to continue her dominance in Mountain League play at 4:00 when the Lady Eagles take on Huntingdon on the road.

A victory here would be crucial for the Golden Eagles as a win would equal a Mountain League championship, something Hollen has wanted for the last three years.

A win guarantees at least  tie atop the conference with Central.

McCaulley shot a 79, seven points away from par, which was 72. He was also five points off of the leader’s score which was a stellar 74.

“I felt that I was hitting it well all day, putting was tough on the bumpy greens but I really came together down the stretch and I was two under on the last four holes,” McCaulley explained.