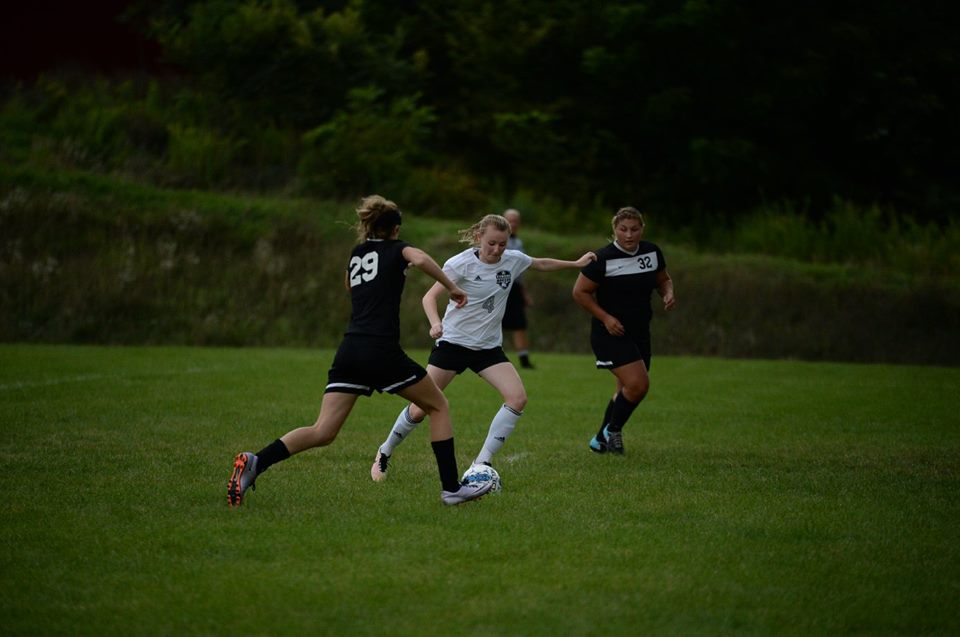 Riley D'Angelo's hat-trick against P-O left her one goal shy of 50 for her career.

The Tyrone/Bellwood-Antis co-op soccer team got its  second win of the season yesterday at Philipsburg-Osceola, 6-4.

Riley D’Angelo continued her good season for the Lady Golden Eagles  with a hat-trick, as she scored three goals in the first half. She also picked up an assist on Aaryanna Wright’s goal in the second half.

Tyrone started the game early as D’Angelo struck first with two goals in the first 10 minutes. P-O came back with a goal at the 26 minute mark, but the Lady Golden Eagles shifted the momentum again with two straight goals and by the end of the first half it was 4-1 Tyrone.

With this hat-trick Riley D’Angelo is only a goal away from 50 goals in her high school career, a stunning feat for the B-A junior.

Mount Union’s Troy Heffelfinger led both teams with a great score of 38, and was trailed by the rest of the Trojans as Mount Union swept the Blue Devils.

B-A’s Colin McCaulley finished with the best score for the Blue Devils with a 46.