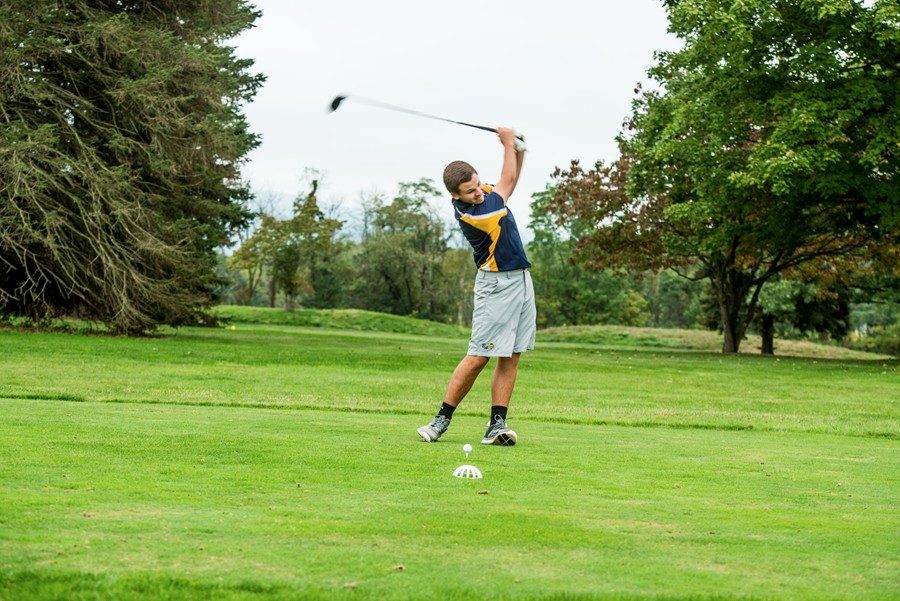 Colin McCaulley is hoping to advance to the PIAA golf meet.

Bellwood-Antis senior Colin McCaulley has been a star for the Blue Devil golf team the whole year, and he has a chance to go to states by taking a spot in the top eight today at the District 6 2A championships at Scotch Valley Country Club in Hollidaysburg.

Yesterday in the second round of districts, McCaulley finished ninth overall as the field was cut to the top 20 golfers in the district.

McCaulley had an up and down game where he was able to round off the day 12 over par, which was 72 for the course.

McCaulley started the round off hot, making par on the first and third hole and birdies on holes two and seven. This form didn’t last though, and he double bogeyed the next four holes. McCaulley realized the importance of this meet and worked to get back into the game.

Today McCaulley must finish in the top eight and he hopes to shoot under 80.

“My goal today is a 75. I’m looking to putt a little better today and look to stay focused and be consistent, I hope to finish the day out strong,” McCaulley said.

McCaulley knows what he must achieve today and with some better luck he has a good chance.

Bellwood-Antis freshman Alex Taylor scored the only goal for Tyrone in what was a mostly defensive battle.

The left midfielder ran down the side of the pitch and took a shot that beat the Huntingdon goalkeeper who had an impressive game himself.

It was a tight game for both sides and went into double overtime to prove it. With no goals in the two overtime halves the teams drew, which gave Tyrone their second tie of the year.

The soccer team will return to action Saturday at Juniata High School in Mifflintown.