Blue Devils battle back against the Trojans 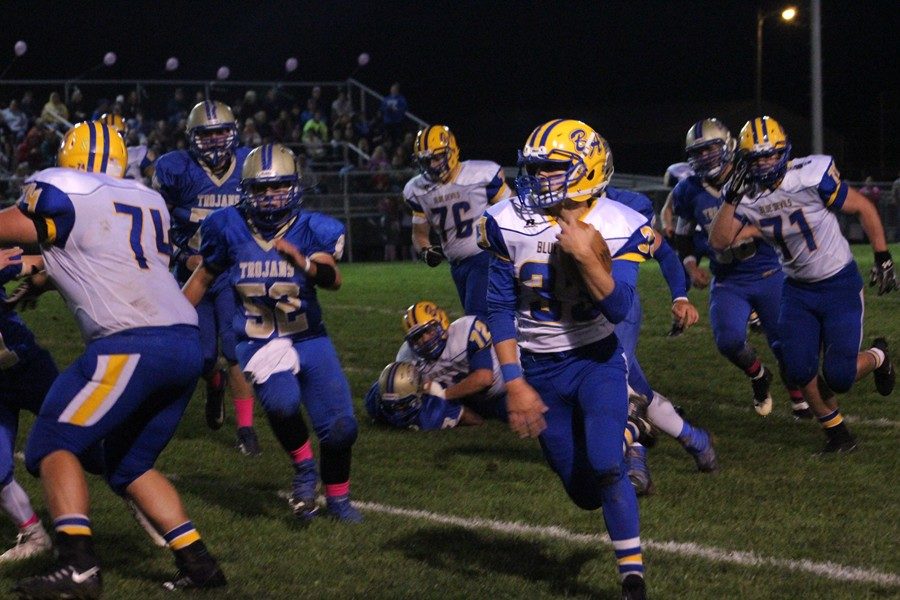 Mount Union gave B-A everything it could handle Friday, but the undefeated Devils proved too strong in the end in a 35-34 victory in Mount Union.

The Trojans actually outgained the Blue Devils by 30-yards in an ICC showdown where the teams combined for one loss entering the game. Trojan senior running back Duante Martin had 23 carries for 234 yards and 3 touchdowns.

However, by the end of the third quarter things looked pretty bleak for BA, down 34-21. That was right before junior quarterback Shawn Wolfe put the team on his left arm. Wolfe threw for two touchdowns in the fourth quarter and led the team with 196 passing yards and 3 touchdowns.

Senior running back Thor Schmittle carried the ball 19 times for 135 yards and had B-A’s only rushing touchdown of the night.

This game was the first real test on this year’s group of seniors.

Four-year veteran Chris Wertman said the Seniors had to lead the rest of the team.

“We made sure the underclassmen knew that this is our season, this is everyone’s season, and the only way it’s going to stay our season is if we went out in the fourth as brothers and got the win together,” said Wertman.

The Blue Devils proved they can stand up to a challenge and stay composed. It was an important game for the Blue Devils confidence going into the meat of their season against two 6-1 opponents in Weeks 9 and 10.

The Blue Devils currently sit at second place in District 6 2A and hope to continue their perfect season this week against Southern Huntington at Memorial Stadium on Senior Night.