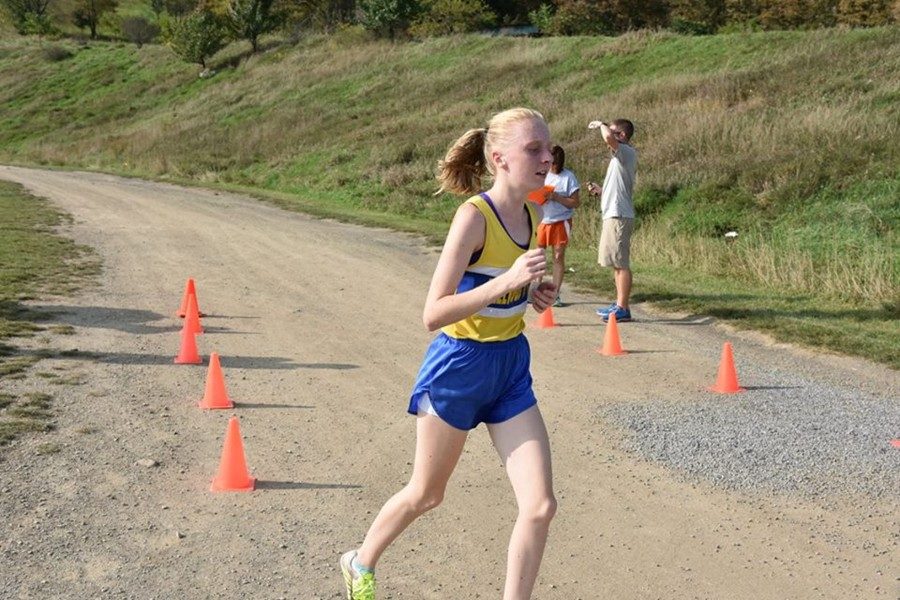 Junior Jenna Bartlett proved her talents yesterday at Juniata Valley when she finished second overall in the ICC conference meet.

Bartlett got out to a large lead in the first and second miles but was caught by Northern Bedford’s Denae Hershberger in the third mile.

Bartlett finished with a time 22:41, 30 seconds behind Northern Bedford’s Hershberger.

No other Bellwood-Antis runners finished in the top ten girls.

The boys cross country team on the other hand had two runners in the top ten.

Robert VanKirk and Jake Miller continued to consistently hit times in the 18:50s and 19:20s respectively. VanKirk’s 18:50 was good for sixth in the ICC and Miller ran his best race of the season with a 19:20 and finished ninth.

Both cross country teams will run again Monday in the Blair/Huntingdon meet at Tyrone.

After losing 3-1 to Bald Eagle yesterday, the Golden Eagles are now winless in their last five games with their only points coming in a draw against Huntingdon nearly two weeks ago.

Bald Eagle, who has a record of 13-3-1 and lead the Mountain League in that regard, came to play and showed it by scoring two first half goals and one in the second half to put the game away.

Tyrone picked up a goal in the first half, but it wasn’t enough to gain much needed momentum to lead in the playoffs.

The playoffs, which will start next week, will be the most important part of the season for the Golden Eagles.

B-A is back in action Thursday, taking on Mount Union at home.