Football game vs. Southern to be streamed on YouTube 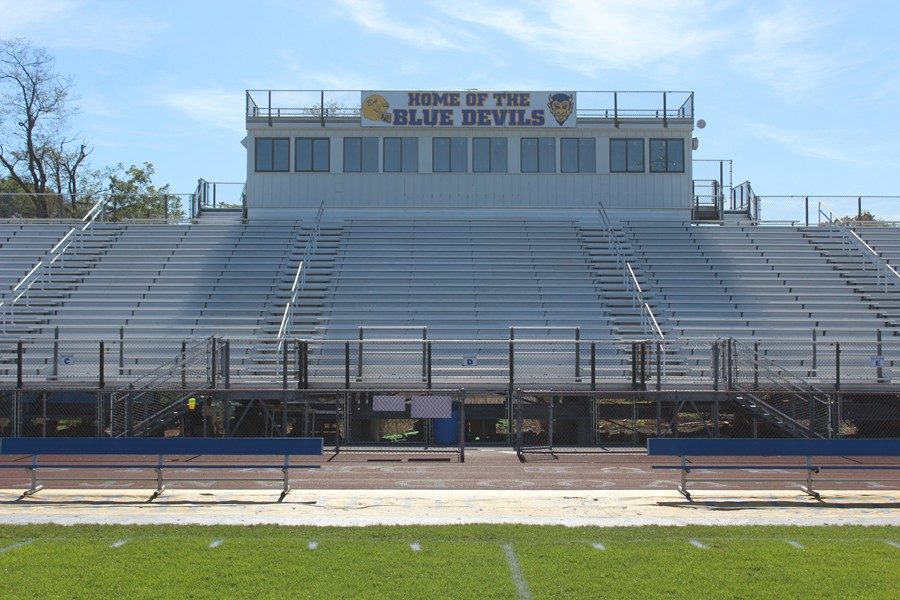 Kermit Foor and the BluePrint will be broadcasting this week's football game via YouTube.

Friday night’s game is the first time in Bellwood-Antis history where if you miss the game, you can watch it live on YouTube!

Tech-guru Kermit Foor is at it once again by using the BluePrint YouTube channel to live stream Friday’s football game. He will have a camera crew that will film the game, and fans will be able to watch the live-action footage.

The Devils will be taking on Southern Huntingdon, and there will be Senior Night ceremonies before the game.

Kermit is known at Bellwood-Antis for his technological skills, and last year he used the BluePrint YouTube channel to broadcast several major events including a girls basketball game, a wrestling match, and the 2017 Commencement. But the challenges of streaming a football game on the field are much greater than streaming an assembly in the gym or a play in the auditorium.

“One major challenge for us is the weather,” said Kermit. “If it rains, we will still film because the football team will still play.”

It’s something BASD has never done before, and everyone is hoping that the live-stream will be successful. Kermit is excited to do this live-stream, as everyone will be able to experience that special game-day thrill.

“I hope that people who don’t get to come to the game are able to watch the live stream and feel like they are actually there,” said Kermit.

BluePrint adviser Mr. Kerry Naylor was excited by the venture.

“The best thing about Kermit is you know you can just let him go, do his thing, and he’s going to produce a professional product,” Mr. Naylor said. “So when he said he wanted to broadcast a football game, I knew it would be right up the BluePrint’s alley because we have been doing more video broadcasts from games this year, usually through Facebook live or Instagram posts.”

Not only does Kermit do things like filming and live-streaming in his free time, but he is also hoping to turn his hobby into a career one day.

“I enjoy producing sporting events because I want to do this in the future,” said Kermit.

Kermit has taken this project head-on, and is in charge of pretty much everything.

“While I have a camera crew, I’m doing it all. I’m directing and producing, but I am also hoping to have a reliable camera crew,” said Kermit.