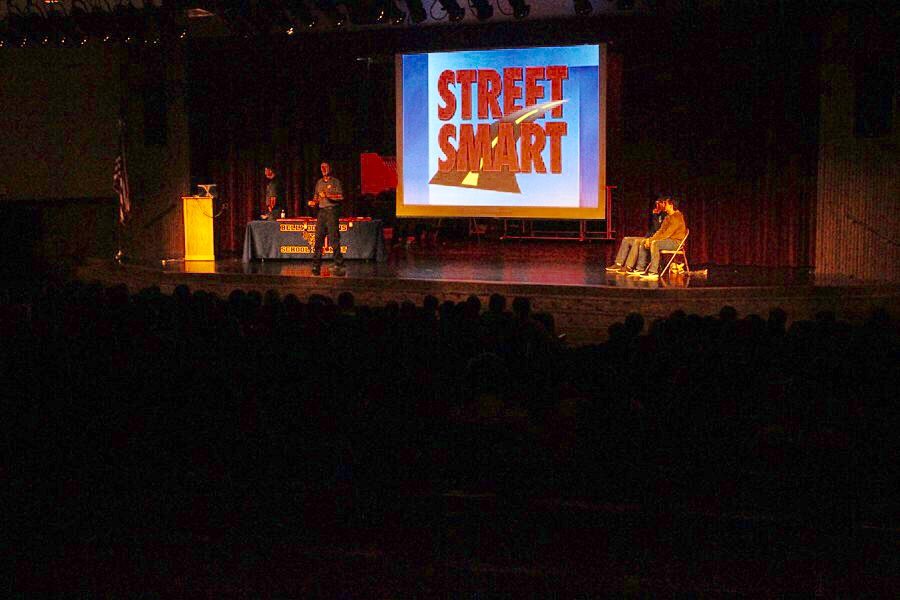 Street Smart came to educate BA students about the dangers of impaired driving.

Driving safety is something that too many people overlook way too often. Students at Bellwood-Antis High School were thrown for a whirl on Tuesday morning.

The group Street Smart visited B-A on Tuesday for an assembly. It was truthful, graphic, and hard to watch for some students. Many had to leave due to the intense nature of the images and videos shown.

“The moral of what they said had a definite impact on me in terms of what the risks are,” said junior Ben Nofsker. “It opened my eyes to risks. I’ve seen a lot of the graphic stuff so it doesn’t scare me, but I was surprised so many people had to leave, whether it’s because it hit too close to home or they were grossed out.”

The Street Smart organization is dedicated to making young adults aware of the dangers of driving under the influence of drugs or alcohol, texting and/or emailing while driving, not wearing seat belts, and the trauma associated with all of these dangers. They travel to schools across the country to spread a message of safety while driving.

During this heartbreaking assembly, B-A students saw graphic images and videos from actual car accidents, along with a reenactment of what the protocol is for a car accident. It used two students from B-A as models in sophomores Julian Bartlebaugh and Lincoln Boyer.

Dave Dittman and Alex Jimenez, workers for the organization for about 20 years, presented this information to B-A.

“The main goal of this presentation is to show young adults that to live a long successful life, you have to make good choices,” said Dittman.

It is apparent that young adults are more careless when they get behind the wheel now more than ever. With the invention of the smartphone, Jimenez explained, automobile crashes due to texting and driving are almost surpassing the amount of crashes due to drinking alcohol.

“Making the right decision can get you a long way,” said Jimenez.

“Because we don’t show that kind of stuff in drivers ed anymore, it is effective,” said Mr. Hughes. “Every now and then you have to be reminded of the reality.”