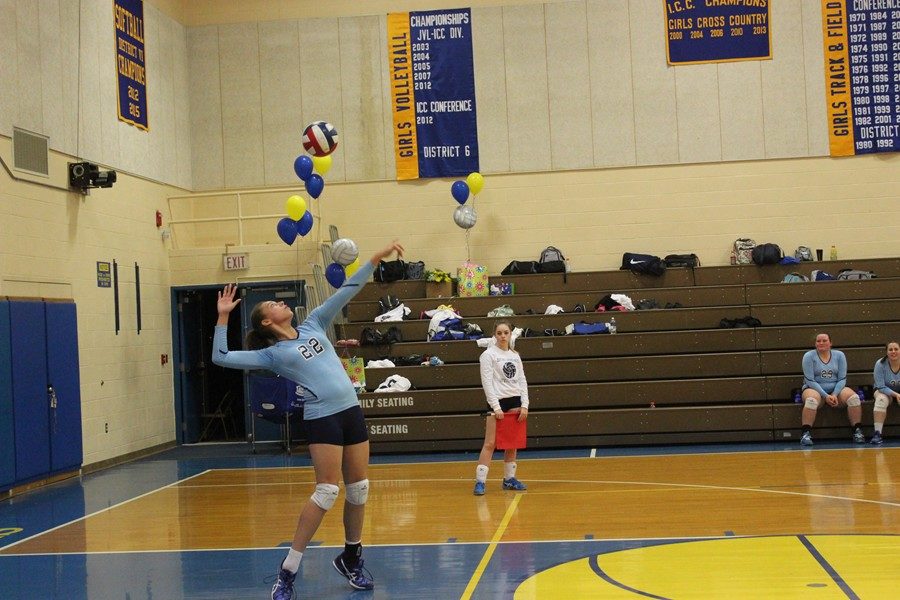 Sakeria Haralson had a career-high 16 blocks against Mount Union.

It might have been senior night but sophomore Sakeria Haralson shined for the Lady Blue Devils in their win against the Mount Union Lady Trojans.

Haralson picked up a career high 16 blocks against Mount Union along with seven service points in what might have been her best game of this season.

Along with Haralson, Bellwood-Antis was able to defeat the Lady Trojans 3-2 in a very close match.

The first set was taken 25-22 for the Lady Blue Devils. It was a back and forth set with big points coming from blocks from none other than Sakeria Haralson. Haralson also went down and limped off the court after a collision with the bleachers in front of the student section. She was replaced by junior Kaelynn Behrens who finished out the set.

The Lady Trojans continued the pressure into the third set and stormed out to an 8-1 lead. But it wouldn’t stick for Mount Union with B-A firing back to win 25-18.

After Mount Union took the fourth set 25-21, it set up a must win fifth set. The Lady Blue Devils started out to a 7-4 lead by the first timeout and by the second one kept their three point lead making the score 11-8. On the game point, B-A’s net front presence Haralson took the game for the Lady Blue Devils and gave them their 14th win of the season.

With one game left in the regular season, against rival Tyrone next Thursday, the Lady Blue Devils are shaping up well for the playoffs with a 14-3 record.