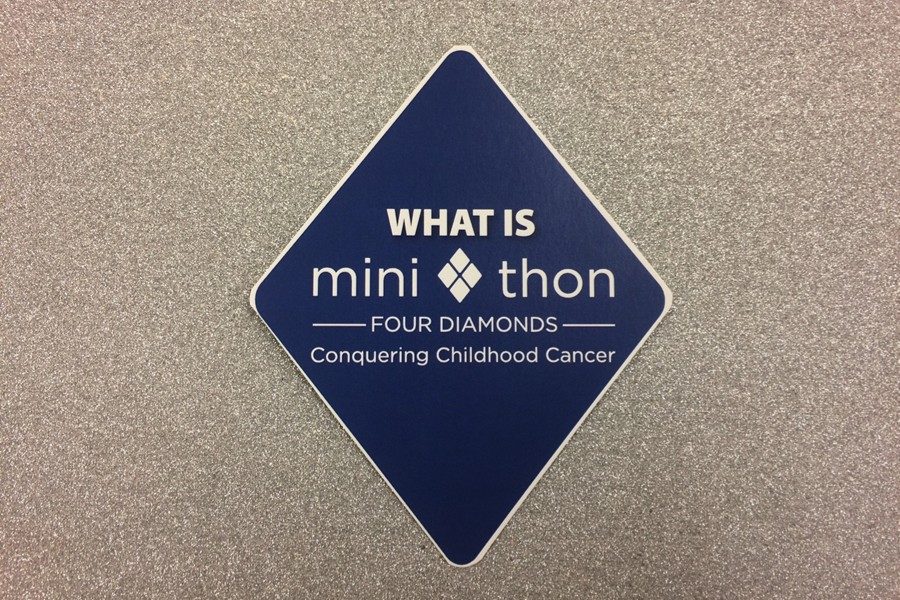 B-A will take its second shot at hosting a Mini-THON to benefit cancer research.

During the 2016-2017 school year, Bellwood-Antis High School’s Aevidum Club tried sponsoring a Mini-THON fundraiser, but it was a disaster.

According to Mr. Matthew McNaul, who was co-advisor of the event, there were multiple reasons.

“Many students last year did not know what we were doing, and we didn’t do a good job of communicating our goal,” said Mr. McNaul, who added that they started fundraising too late and did not construct a proper organization of students to plan the event.

Mini-THON is a country-wide fundraiser sponsored by the Four Diamonds organization dedicated to conquering childhood cancer. Over 90,000 student volunteers, 265 schools, and eight states participate in it. The event was planned for April 21, 2017. To raise money, Aevidum sold headbands, sunglasses, and other items.

This year, however, Bellwood-Antis High School is reviving the initiative. The differences between this year and last year are already apparent. For example, fundraising has started earlier and an assembly was held to educate the student body. Most striking of the differences so far is that Mini-THON is not being planned by Aevidum, but by student committees, each with unique goals. It is, however, still under the direction of Mr. McNaul.

Another such committee is the operations committee.

“My committee is in charge of the set-up and tear-down of the actual event. We are in charge of decorations and a theme. We also have to coordinate with every committee to see what they need us to set up and do at the event for them,” said operations committee chairperson Mya Decker.

“We come together and discuss our ideas and collaborate with one another to make Mini-THON the best it could possibly be,” said Gwen.

“Sometimes one committee will meet with another to work collectively on goals—recently operations and entertainment committees met to plan the whole events activities and when and where they would happen!” said Mya.

All of the proceeds from Mini-THON will go to Four Diamonds, whose mission is “to conquer childhood cancer by assisting children and their families through superior care, comprehensive support and innovative research.” This organization covers all cancer-related medical costs not covered by insurance for eligible Four Diamonds children. In the 2016-2017 school year alone, Mini-THONs raised 6.46 million dollars for Four Diamonds.

Bellwood will be joining their ranks, with a fundraising goal of $5,000. The Mini-THON committees hope to have the majority of the student body involved at the event on March 2, 2018, at 1:30 P.M. To register and begin fundraising, you must visit Bellwood-Antis’ Donor Drive.

“The opportunity to make a difference in the life of a child fighting cancer is a noble endeavor,” said Mr. McNaul. “A student brought it to my attention last year and I thought the student body would be interested in being involved in our mission to raise money for these families.”