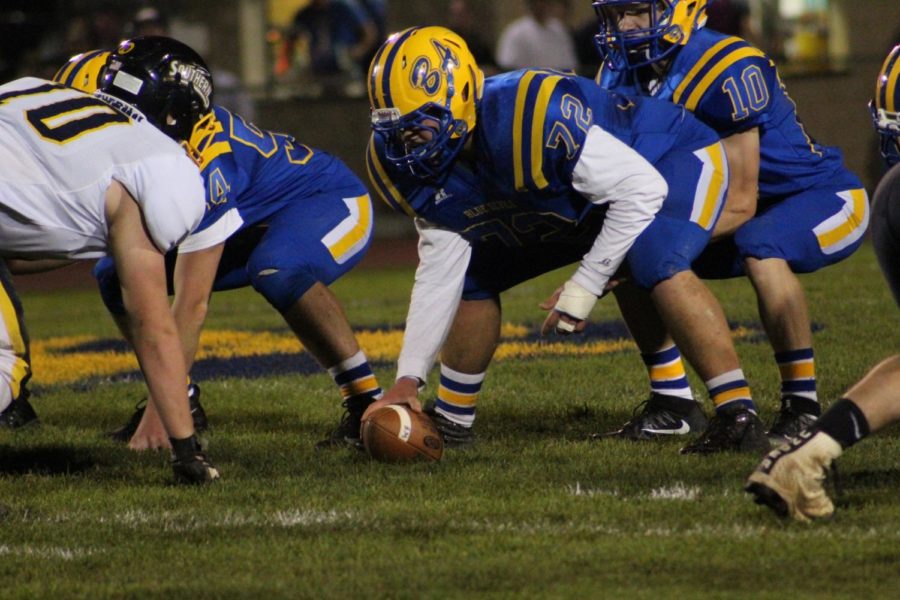 Thor Schmittle led the charge for B-A with 31 carries for 177-yards and 2 touchdowns. The Blue Devils really struggled on offense, only gaining 259 total yards the fewest all year. It was a slow start to the game with neither team scoring in the first quarter, the first score came 44 seconds into the second quarter on a 5-yard touchdown run for Eric Morder. The next score wouldn’t be until a Schmittle run in the third quarter, followed by two late touchdowns in the fourth quarter by Schmittle and Nick Watters.

Schmittle was used more than usual in the win, carrying the ball 4.5 times as much as the other Blue Devil running backs combined.

“I got the ball early and the offense was gaining yards, so we stuck with what worked,” Scmittle said.

Schmittle praised the offensive line saying, “Having the line that we do really helps. It’s a veteran line and they play like it. I couldn’t do it without them.”

The Bellwood-Antis defense was another star of the game in recording the shutout. The Rockets were held to 29 total yards in the first half and only one first down.

The defense accumulated 5 tackles for loss and 1 sack by Noah Aiken. Shawn Wolfe had an interception he returned for 35-yards. The defensive line had penetration into the backfield almost every play.

“We have a lot of experience throughout the line and everyone puts in work every week to get better,” Chris Wertman said.

The Bellwood-Antis Blue Devils continue their season this week at Northern Bedford 8-1 Northern Bedford. A win would give the Devils the outright ICC championship, while a loss would drop them into a tie with the Panthers.

“It’s a great opportunity,” said Aiken. “We expect a tough game. They beat Mount Union, but we can definitely come out on top.”