Volleyball suffers loss in first round of playoffs 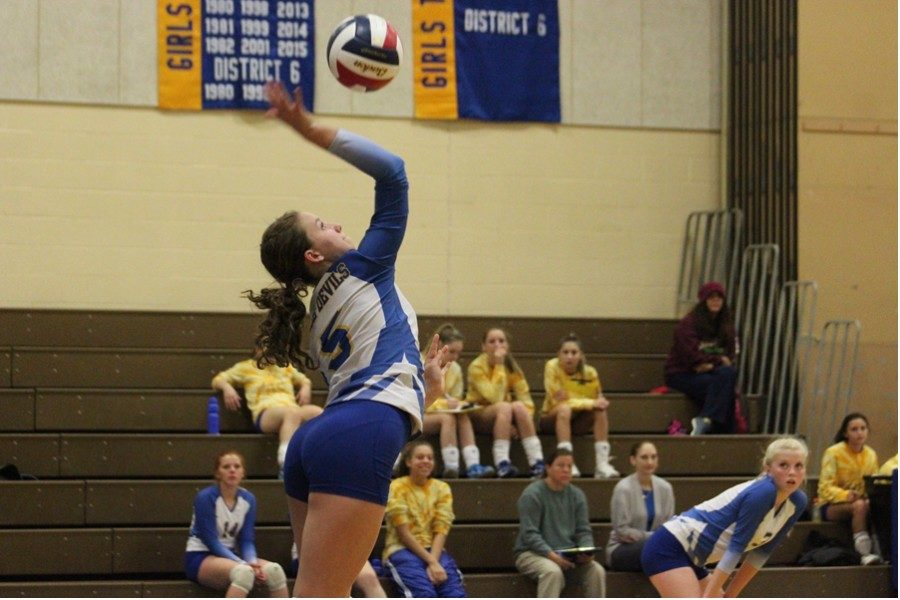 Sophomore Bella Kies and the rest of the B-A volleyball team saw their season come to an end against Ligonier Valley.

The Bellwood-Antis Lady Blue Devil volleyball team took a hard fall last night to Ligonier Valley at the Bellwood-Antis gymnasium, eliminating the team  from the District 6 2A playoff bracket.

Playing without starter Sakeria Haralson, the Lady Devils fell to the Lady Rams 3 sets to 1.

The Blue Devils, seeded eighth, started off strong and had won the first set. However, the No. 9 Lady Rams came back to win two more, before blowing it open in the fourth set, 6-25, taking the win out from under B-A.

“We had a lot of confidence in the beginning,” said sophomore Bella Kies. “It was different from other games because it was a playoff. By the second set, I think we got into our own heads when we started making mistakes.”

Despite the loss, Senior Kamryn Mercer took the most kills, sending nine balls over to Ligonier Valley that would go untouched.