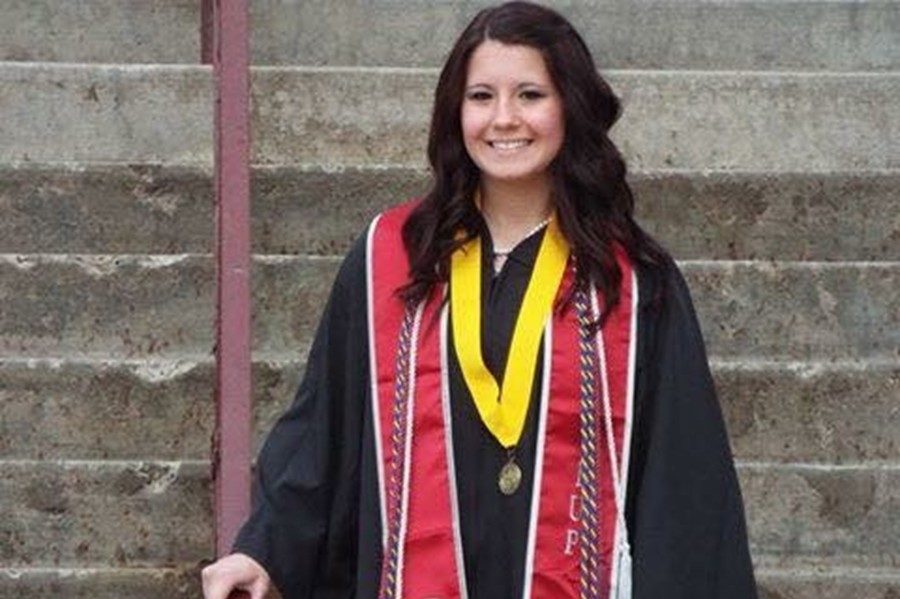 Heather Sisto’s desire to reach out to society’s downtrodden has brought her where she is now  on the journey of her career – just a few steps away from being a practicing lawyer.

A 2012 Bellwood-Antis graduate, Heather is a little more than a year away from taking the Bar exam to officially obtain her license to practice law.

“I want to work with victims of abuse because I want to help people understand that they don’t deserve to be treated like that and help them to the resources that are available to give them a better life,” said Heather.

Since  the eighth grade, Heather wanted to be a lawyer.

“My uncle was a big role model in my life, and he is a lawyer,” she said.

Heather went to Indiana University of Pennsylvania (IUP) for her Bachelor’s Degree, and she doubled majored in English on the Pre-Law track, and Criminology. Upon graduation she began attending law school at Penn State.

She will be taking the Bar Exam in the fall of 2019, and when she passes that, she can start to practice.

“Law school has been the most challenging thing I have ever experienced, but also really rewarding,” she said.

This summer Heather will be doing Criminal Law in The Special Victims Unit, through Pennsylvania State University (Penn State), where she will be dealing with cases that involve rapes, murders, and child abuse.

“The SVU is definitely a place that holds topics that people don’t want to deal with or look at, but someone has to, so I want to help those people get the justice they deserve,” said Heather.

She has also taken some interest in Natural Gas Law, and some Natural Resources Law so she can possibly work on the corporate level for companies like Sheetz.

Some of the things that she is involved in outside of studying include working at the Women’s Resource Center in Center County to become a counselor and advocate for victims of sexual assault, violence, and stalking.