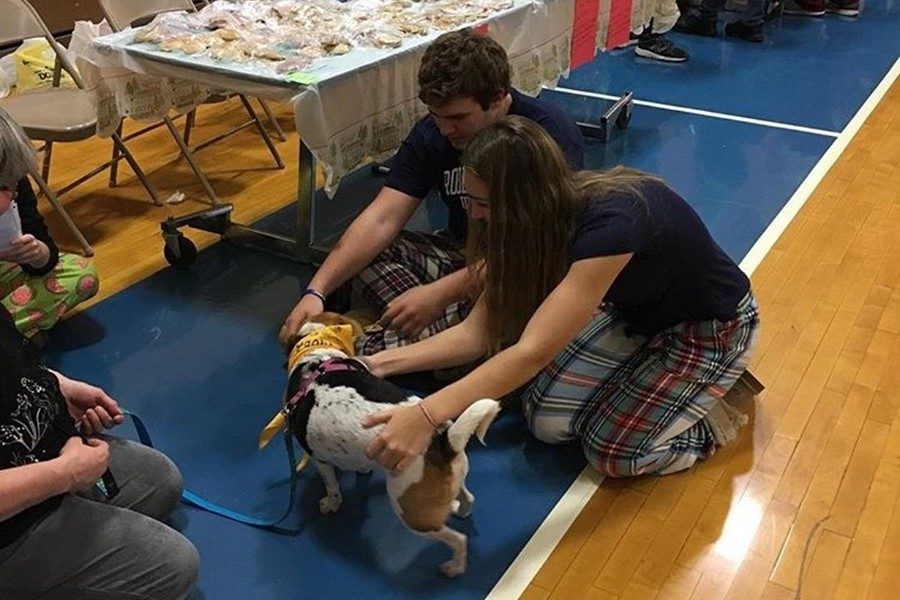 There were plenty of things to do at least year's activity fair, perhaps none more popular than visiting the puppies from the Central Pennsylvania Humane Society.

On December 22nd, the day the Bellwood-Antis student body is released for its  Christmas break, stands the annual Activity Fair: a flurry of activities from X-Box tournaments to bean bag tosses.

This year will be the fourth year that the activity fair will be held. It is set up by the Aevidum club, as well as many other clubs who hold their own activities.

The Activity Fair also helps support local charities with its entrance fee: one dollar or a roll of paper towels. The money gained goes to the food bank and the paper towels to the Humane Society.

Mr. Brandon Stewart, one of the co-advisers of Aevidum, said  that the Activity Fair helps students come together in meaningful ways.

“This fair allows the various clubs to work together and celebrate all the different ways students can be involved at BAHS,” said Mrs. Stweart.

“We hope that it will build an appreciation of the school clubs,” he said.

This year will hold lots of new surprises with many of the staples of the activity fair returning, like face painting, a hoops shoot sponsored by FCA, and a corn hole game provided by the FFA.