B-A comes down with buck fever 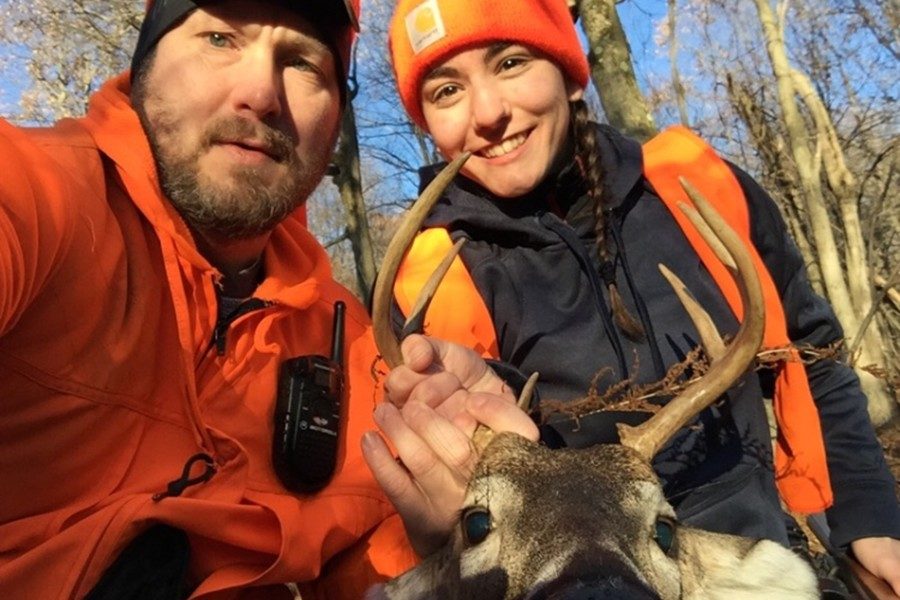 Cassidy Shawley got an 8-point on the first day of buck season with her father.

As most Pennsylvanians may know, buck season started last Monday. Many Bellwood-Antis students were successful in their hunt for the big one just in the first week of the season.

Cassidy Shawley got to her spot at 8:30 a.m. and took her lucky shot at 8:45 a.m. She hunts on the ground on Tipton Mountain. Shawley’s massive 8-point gave her a huge rush of adrenaline.

“It was very exciting and I’m glad I got to do it with my dad,” she said.

“It was huge!” Andrew recalled.

Aubree Reiter got to her stand in Clearfield around 6:30 a.m. At 9:53 a.m. she took down a huge 10-point with a massive body and a wide spread. She said, “I’m proud that I killed him with one shot with my dad.”

“This is one of the biggest deer I’ve ever shot,” he said. “It felt really good.”

Kaelynn Behrens got to her stand up in Clearfield around 6:50 a.m. At 10:35 a.m. she shot and killed a 6-point. This was Behrens’ first buck, and she was with her dad.

Kaelynn said, “Points don’t matter to me. I’m just happy i got to share the experience with my dad.”