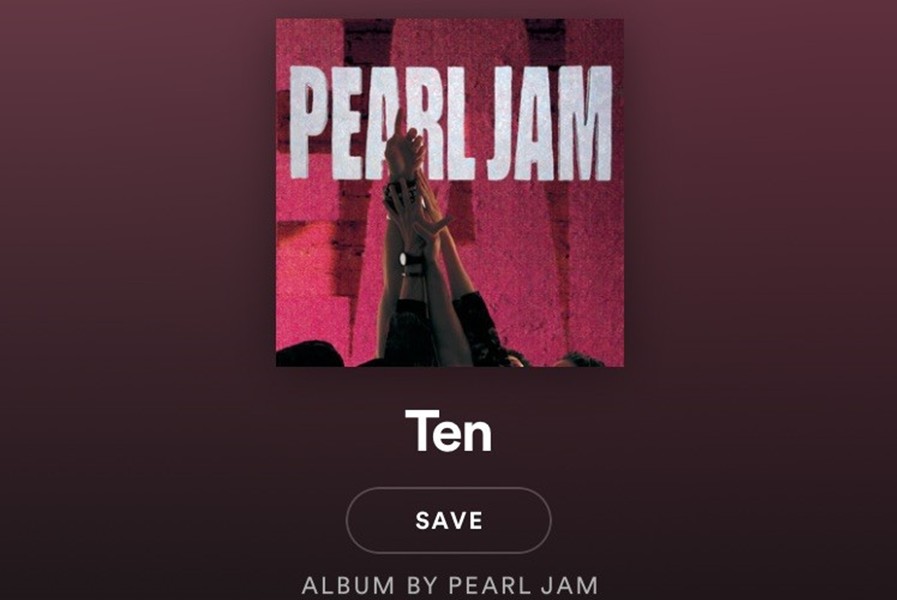 Peal Jam is just one great band that emerged from the 1990s.

There are so many great bands that started out in the 90’s.

Unfortunately, not all of these bands lasted long. Some of them just simply broke up after they rose to the top, or someone in the band either died, or committed suicide. It’s tragic that such great talent was lost due to some minor problems with either the band or just life in general. All of these singers and musicians who died a tragic death or committed suicide just needed someone to talk to, like Cobain.

My number one pick of the decade is, of course, Nirvana. Nirvana first formed back in 1987, and at the time they had four members in the band: Kurt Cobain with the lead vocals and the lead guitar, Krist Novelselic, the bass player, Chad Channing, the drummer, and Jason Everman, the rhythm guitar. Jason Everman was unfortunately kicked out of the band because he believed that he should also be allowed to write the music like Cobain was doing for the group, but Cobain and Novelselic disagreed and Cobain kicked Everman out of the band after their first album, Bleach was released in 1989. Chad Channing was later also kicked from the band for the same reason as Everman. He believed that he should be able to write the music with Cobain, but Cobain made it clear that he wanted to be the songwriter, so Channing was later kicked out of the group. Now you’re probably wondering why  Cobain had so much power to just kick out whoever he wanted. Well, the person who came up with the entire idea of forming a band and who decided who was in and who wasn’t, was Cobain.

In 1992, Cobain brought in drummer Dave Grohl, who would be one of the greatest musicians to ever live, and the three recorded their next three albums, including Nevermind, In Utero, and MTV Unplugged. In 1994, Kurt Cobain was pronounced dead after committing  suicide in his home, and the band known as Nirvana, was over.

At number two, I decided on The Foo Fighters. Most people know The Foo Fighters for their song “The Best of You,” but if you ask me, there are so many other great songs by The Foo Fighters that you shouldn’t just stop there. So, Grohl was in multiple bands before he eventually joined Nirvana, but once Nirvana was over, a year didn’t even go by and in 1994 The Foo Fighters were born. The band only contained three people at the time: Grohl on lead guitar and vocals, Nate Mendel on the bass guitar, and Williams Goldsmith playing the drums. The Foo Fighters’ first album came out in 1995, which was just called The Foo Fighters. Only two years later, in 1997,  Grohl decided to bring in Nirvana’s former rhythm guitar, Pat Smear. Grohl knew Smear from whenever Geffen Records decided to bring in Smear to play for Nirvana because they wanted Cobain to focus on singing more rather than playing guitar. As the years passed, of course the band progressed with a new album coming out every so years in between including, One By One, Wasting Light, In Your Honor, Sonic Highways, and their latest album, Concrete and Gold.

My final pick is the grunge rock band, Pearl Jam. Pearl Jam was known for their hit single on their Ten album, and that song was called “Alive.” Pearl Jam started to climb its way up the charts in 1991, and the band was doing great but was knocked down on the charts whenever Nirvana released their album Nevermind. In 1991, Pearl consisted of multiple band members coming in and out of the band, including three drummers: Dave Abbruzzese, Matt Chamberlain, and Dave Krusen. There were two guitars, including Stone Gossard and Mike McCready, but only the one bass player, Jeff Ament. And of course on the lead vocals and occasionally the guitar, were done by Eddie Vedder.  Unfortunately, Krusen left Pearl Jam in 1991 after the album Ten was released, as he was suffering personal problems. Drummer Dave Abbruzzese stated that he was feeling uncomfortable with the euphemistic spin that his former band mates made him leave. He said that his band mates were laughing and making rumors that they were eyeing current Nirvana drummer, Dave Grohl, but of course that couldn’t work considering the fact that Grohl was starting The Foo Fighters in 1994. Finally, there is Matt Chamberlain, a drummer who actually left before the release of Ten. Despite going through all of that band drama, they’re still a band today.