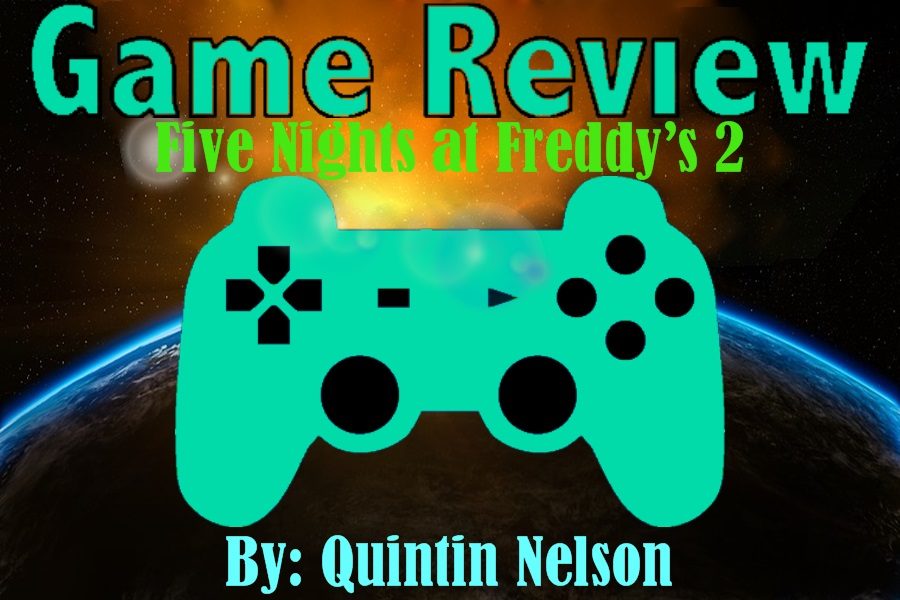 The game lands you in a new location of Freddy Fazbear’s Pizzeria, where new horrors await. You are, again, a night-shift security guard working from 12 AM to 6 AM. With a new layout to the building, this game pushes your tracking skills by giving you more animatronics to watch for. There are 11 characters in this game, rather than the 5 from the last game. In addition, there is a flurry of new gameplay challenges. For example, there are now three entryways instead of two, and that there is a music box you have to keep wound up in order to prevent a murderous puppet from killing you.

This game also gives a player a HURRICANE of new lore to analyze. Given by way of a retro 80’s video game look, we are introduced to more of the “Bit of 87”, as well as more child murders and the mysterious Purple Guy.

All in all, I’d rate this game a nine out of ten, and I would recommend this game to anyone who enjoys horror, jump scares, and lore.