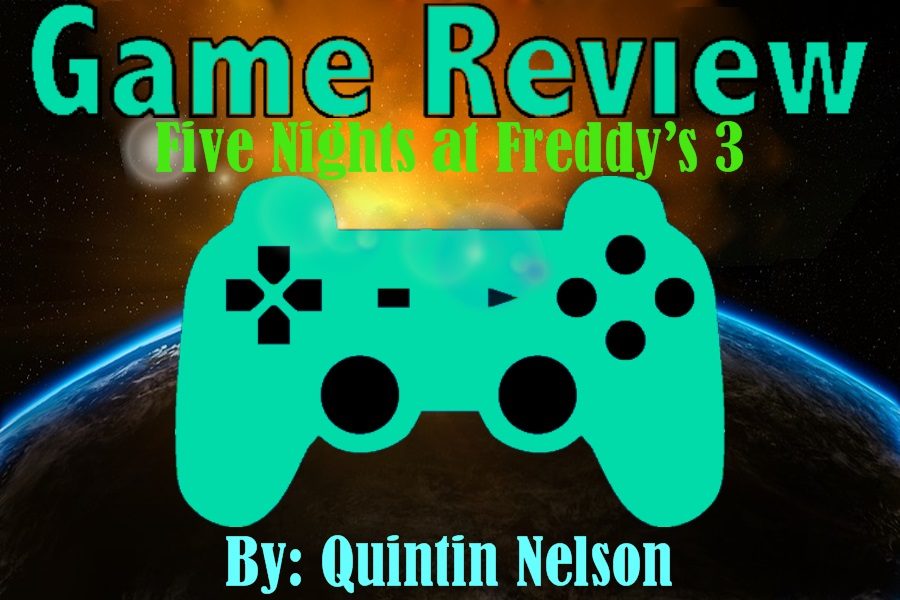 The world marveled at the feet of Five Night’s at Freddy’s. It second game blew everyone away. Now, as fog settles, a new game forms… in the form of a single animatronic?

Five Nights at Freddy’s 3 is probably the most disappointing game of the franchise. It provides almost no lore, and its main plot is sensationally useless.

When we enter the game, we find ourselves 30 years after Freddy Fazbear’s closed its doors, in “Fazbear’s Fright: The Horror Attraction”, as yet another security guard. But that’s not what makes this game bad. It’s the fact there is only one animatronic. Or real one at that. We meet “Springtrap”, an old spring-lock suit from the first pizzeria. At first suit, he is grim and dirty. But when you look closer, and examine some lore from the other games, it can be discovered that the suit actually holds a decaying human body. But even more than that, he hardly has a motive. When we play the game, he just moves room to room and you make noises in other rooms (from your tablet at your desk of course) to lure him away. And that’s about it.

On top of that, there are a lot of weird things that occur, such as “Phantom Animatronics”, which are basically burned versions of all the original characters, and they can jumpscare you. But they don’t kill you. They just make you freak out. These are assumed to be hallucinations from “lack of air from the vents”.

All in all, I’d rate this game a 5 out of 10, because there is nothing new to the game. Of anything, it takes away from the fun and enjoyable brand of Five Nights at Freddy’s. I would recommend this series to anyone who enjoys horror, jump scares, and lore, but prepare to be disappointed with the third game .