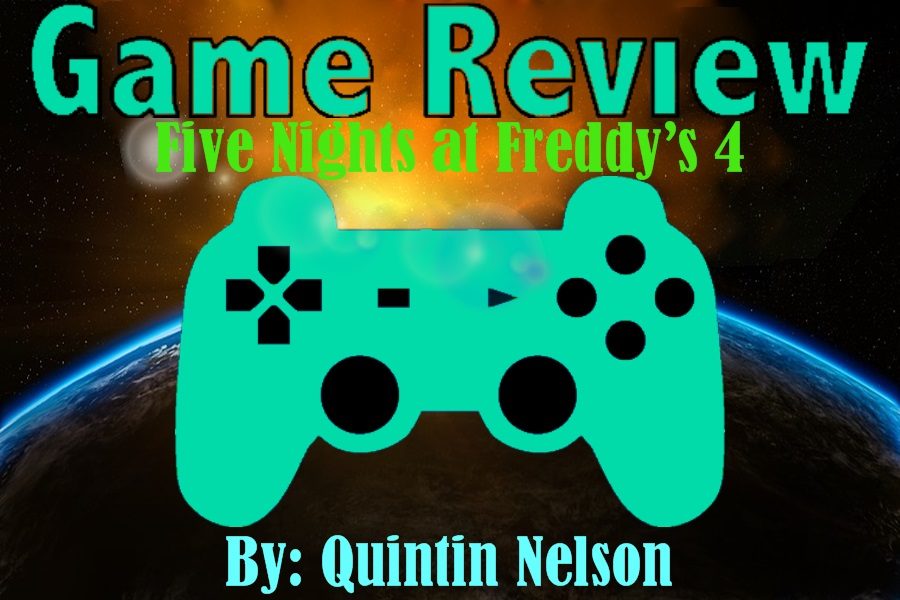 When March 2015 came around, everyone was buzzing with new lore from the Five Nights at Freddy’s third installment. We found the true story of Purple guy and how he met his fate in the hands of the very thing he used to murder.

But four months later, steam buzzed with activity: the fourth game dropped. Coming from the modern day setting of Five Nights at Freddy’s 3 to 1983, we are now no longer a security guard… we’re a mere child.

The setting lies in a child’s bedroom, with nothing but a flashlight. Though the general game motives and abilities are the same, the main character can move from his bed to either door set on each side of the room. These doors lead to two long hallways. In addition, there is also a closet in the front of the room. These locations are home to four very real and very scary animatronics. You must rely on your sense of sound to be able to tell if one is coming, and to go and check the doors.

Compared to the other games, this one is a big step in a good direction. The new sense of environment and gameplay is refreshing. Also, the animatronics got a whole new look: the nightmare versions. Their battered bodies spare no place to hide from their hold. They have sharp teeth, demonic eyes, and murderous intentions. The new movement abilities and environment interaction is also refreshing.

In addition, the story in this game significantly progresses. There is a lot of backstory and a lot can be revealed in this game. With the new clues and ideas in this game, we can finally put together some of the pieces of the lore.

All in all, this game is a breath of fresh air compared to the last game. I would suggest this game to anyone who enjoys horror, lore, and jump scares.