Five years after Sandy Hook, B-A is a safer place 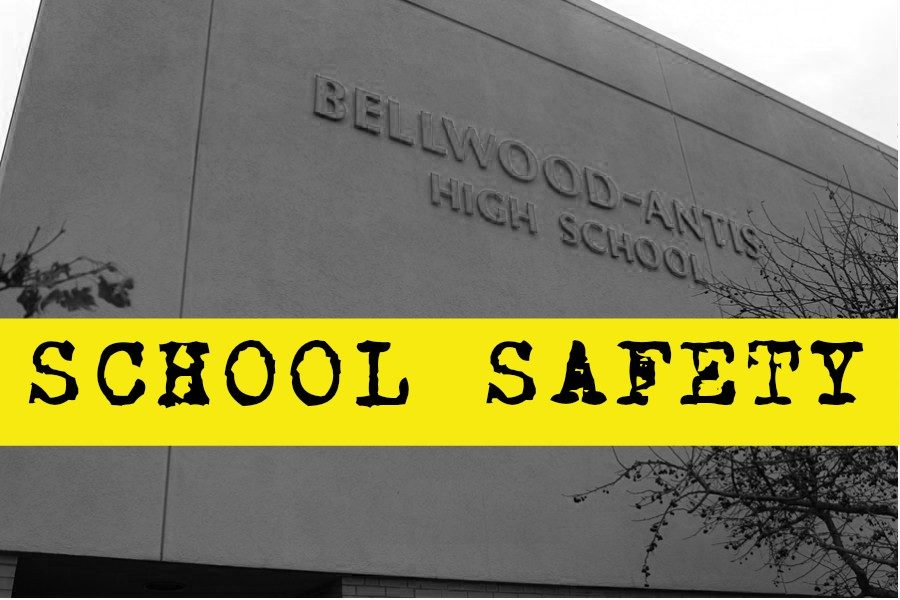 Bellwood-Antis has made school safety a priority in the four years since Dr. Thomas McInroy became superintendent.

On December 14, 2012, Adam Lanza killed 26 people and injured two others at Sandy Hook Elementary School in Newtown, Connecticut. In the five years since, there have been a little over 100 school shootings in total.

The tragedy sparked a series of debates about topics such as gun control, mental illness, background checks, and school safety. School districts worldwide rethought emergency procedures and reinforced their security systems. Police officers were increasingly assigned to schools. Some school districts allowed a select number of teachers to carry firearms. One school even installed bulletproof whiteboards and taught teachers how to protect children behind them.

Bellwood-Antis School District lies in a small, quiet town in rural Pennsylvania, where citizens feel safe a vast majority of the time. But a tragedy like Sandy Hook could happen anywhere, to anyone. Take, for example, the shooting spree in Red Lake, Minnesota. On March 21, 2005, 16-year-old Jeff Weise murdered seven people at Ojibwe High School, located in a town that had a population of about 1,731 people. More recently, 26 people were killed in a shooting at First Baptist Church in Sutherland Springs, Texas, a town of 600.

What actions, then, have been taken to improve safety in the Bellwood-Antis School District?

According to B-A administrators, Bellwood-Antis has made safety improvements in the areas of technology, procedures, and education, and district employees look at safety through many lenses.

“You can never account for every single potential threat,” said superintendent Dr. Thomas McInroy. “So what you do is you learn from other tragedies, and you look to see what worked for them and what failed.”

The school district has updated educational technology within the school district, and it’s no different when it comes to safety. For example, in 2017 the district introduced NaviGate Prepared to teachers, an app that handles many aspects of safety. NaviGate allows teachers to access safety plans and procedures from their smart devices. In addition, the app’s team can come in to a school and make an interactive floor plan so that emergency personnel can become familiar with the building before they breach it.

NaviGate Prepared also allows county control to access the school’s security cameras. In recent years, more and more of these cameras have been installed in each of the buildings.

“Our Elementary school was lacking in security cameras. They had some, but not enough,” said Dr. McInroy. According to Dr. McInroy, the district recently received an $8,500 grant for security cameras in the Myers building. “We are now vying for a $25,000 grant to finish off the entire district,” he added.

The district has also updated its emergency operations plan.

“There’s a lot of different scenarios that you have to think about that provide safety and security for students,” said high school principal Mr. Richard Schreier. “We just tried to develop programs and procedures to ensure that we knew what was going to happen and where people were going to be.”

For example, teachers now use a red card-green card system for accounting for students at fire drills.

Teachers are, in fact, one of the main tools in keeping students safe.

“Now we have a system where the teachers are responsible for accounting for all of their students,” said Mr. Schreier.

There has also been a focus on promoting preparation for emergency situations through education.

“We have periodically hosted speakers and had individual professional development about mental illness and about school shootings and reactions to school shootings,” said Mr. Schreier. “We even had a practice drill with state police and other emergency personnel,” he continued.

These events help prepare teachers in case an emergency were to occur.

Mental illness is the other side to the school safety coin. After all, a student’s mental health is essential to his or her well-being.

“Coming into this position I realized that mental illness is much more prevalent than I ever understood as a classroom teacher,” confessed Mr. Schreier, who assumed his role as principal in 2014. “It concerns me, and what we want to do is help students the best we can.”

Mr. Schreier also admitted that the district is not focusing on this issue as much as would be ideal. “There are a few classes where it’s mentioned, but it’s not a schoolwide focus, probably as much as it should be,” he said.

Besides security and mental health, Bellwood-Antis administrators believe that staying connected to parents and community members is also an important aspect of school safety.

“For me, and I’m sure for a lot of the other administrators, having an open communication with parents…and with the community is very valuable,” said Dr. McInroy.

The superintendent values this relationship so much that he believes there is a limit to how much security the school should have.

“Sometimes you can make things so closed in, so tight, that people don’t feel welcome…It’s the community’s school. We want them to feel welcome here, but we also have to protect our kids,” he said.

This is only one of the many difficulties in enacting improved safety measures.

New safety measures are also time consuming and costly. Some school districts hire a resource officer– a law enforcement officer who provides security and crime prevention in schools. However, this is not a financially reasonable option for many schools.

Still, safety will remain a priority in the Bellwood-Antis school district. According to Mr. Schreier, safety meetings are held each month that handle “everything from slippery floors to protecting the well-being of our entire student body.”

“We are never going to stay complacent and just assume that we’re good,” he said. “We’re a small school, small community, and believe that we live in a really safe place, but it only takes one instance for that to change drastically.”