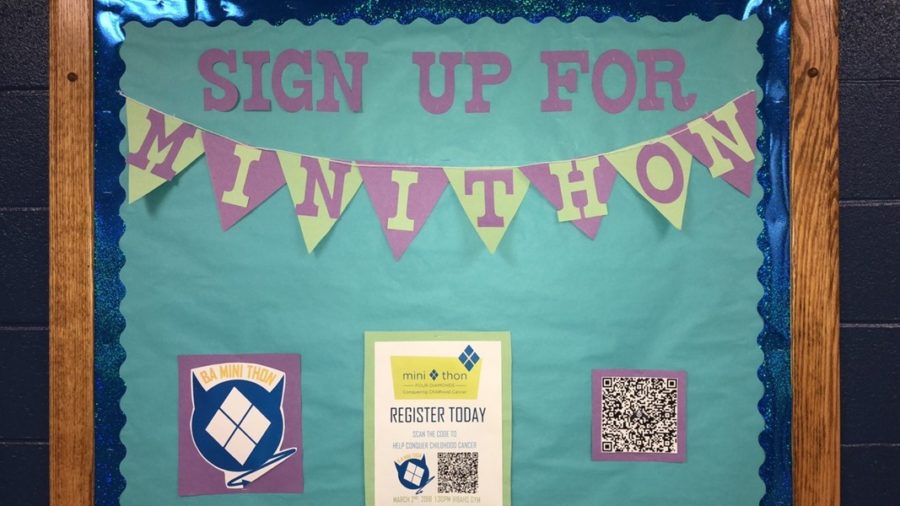 The magic number for the Mini-Thon committee is 90.

It’s going to take at least 150 people to reach the amount of attendees the Thon Committee has set to hold its dance in March.

So far 60 students have signed up.

Preparations are going great and everyone is working hard so all students want to be involved, said junior Mya Decker, one of the student officials on the Thon team.

Thon is an organization raising money to help kids fighting cancer. It is run through the Four Diamonds organization. The B-A Thon team is planning an assembly next week to further spread its message and add to the number of people attending the dance, which will be the culminating event in a months-long drive to raise money for the cause.

“People signing up will raise money for kids with cancer,” said Mya, “We will be holding an assembly next week to talk about all the fun we have planned.”

Students signing up for the dance can expect a variety of fun events.

“They can expect lots of different activities, including Mr. Mini Thon half court shots, a photo booth, video games, a glow dance, and more,” Mr. Matthew McNaul, one of two Thon faculty advisors along with Mr. Brandon Stewart.

Last year, Thon planed a dance but less than 40 student signed up for it, so it was cancelled. This year more students have signed up then last year at this time, but more are needed.

Started at Penn State University, Thon is “a student-run philanthropy committed to enhancing the lives of children and families impacted by childhood cancer. Our mission is to provide emotional and financial support, spread awareness and ensure funding for critical research – all in pursuit of a cure,” according to its website.

The group has raised more than $147 million.

Four Diamonds, run through the Penn State Medical Center, has taken that mission and made it accessible to high school students through Mini-Thons.