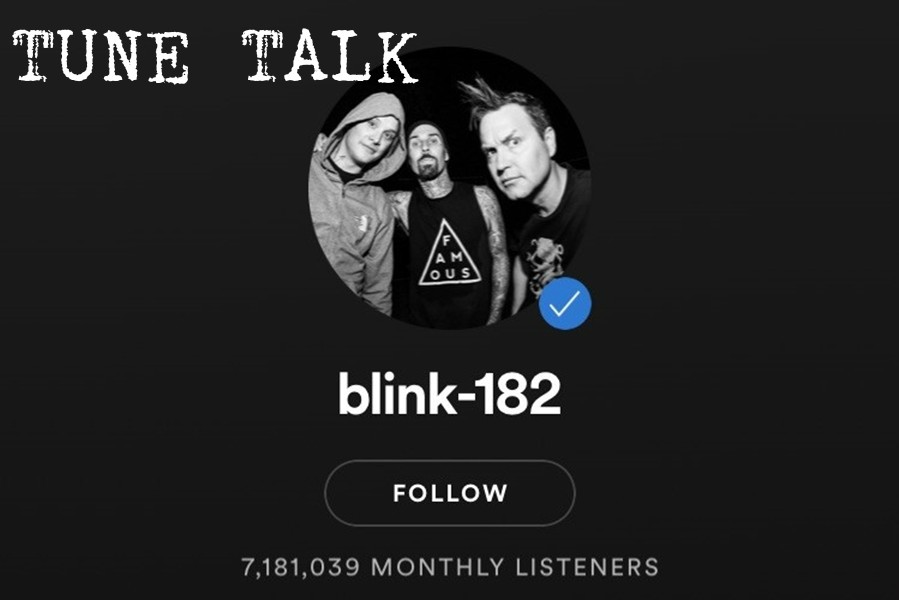 Most parents think that teens listening to pop-punk music is just a faze. I can’t really disagree with that because I know most kids who call themselves pop-punk fans end up only liking it for about a year, but not my friends and I. I know for a fact I’ll be one of those guys who ride around in the future still listening to 90’s music.

There are so many bands people love.  All Time Low is classified as pop-punk; you’ve got 5 Seconds of Summer, My Chemical Romance, Fall Out Boy, Paramore, Brand New … there are so many to pick from, but it was very easy for me to pick from these the top three pop-punk bands.

At the number one spot, I put the legendary band, Panic! At the Disco. I didn’t start really getting into Panic! At the Disco until last year and that was because my sister had me listen to a few of their newer songs and I thought they were pretty good, so I decided to listen to more, mainly from the A Fever You Can’t Sweat Out album, Death of a Bachelor, and Too Weird to Live, Too Rare To Die.  Panic! At the Disco formed back in 2005 with Ryan Ross on the lead guitar and vocals, Jon Walker on the bass guitar, and Spencer Smith on the drums. Ryan Ross was originally planned to be the lead singer of the band until 2006 when Brendon Urie asked to join the band, saying that he’d play whatever the guys wanted him to; by this Brendon said he meant he’d do anything but sing. Of course, the first thing that Ryan Ross told him to do was to sing something. Brendon sang, and the band installed him as the front man for the group. The year after, the band released its first album, A Fever You Can’t Sweat Out. My personal favorite is the song “Time to Dance,” but the one that everybody knows and loves is “I Write Sins Not Tragedies.” The band went on to play live shows, including their most famous live performance in Denver.

In the song, “The Only Difference between Martyrdom and Suicide is Press Coverage” there are lyrics that go “Swear to shake it up, you swear to listen,” meaning that every album would be a different style with the band. The fans loved this, and it was amazing to have such a young group be so creative.

In 2008 the album Pretty. Odd. was released.  I was expecting way more than what I got. Yeah, no. On this album, there is a country/folk song titled “Folkin’ Aroun,” and it was absolutely terrible. If you’re into pop-punk music, you would absolutely hate this song. A few others that were honestly huge disappointments to fans, hence why “Nine in the Afternoon” was the only song played on the radio because the others just weren’t good, except for songs like “That Green Gentleman,” “We’re So Starving,” “She’s a Handsome Woman,” and a few others, but very few.

In 2011, Panic! At the Disco released their third album, called Vices and Virtues. For this album, Spencer Smith still played the drums, and Brendon Urie took over guitar and bass as well as singing, while recording this album. The album was a huge success and brought the band back up from recovery since Pretty. Odd. Vices and Virtues contained hits like “Ready to Go,” “Trade Mistakes,” which is my favorite, and “The Ballad of the Mona Lisa.” People started listening to Panic! At the Disco once more.

Skipping ahead to 2013, the band came out with another album after they were finished touring, called “Too Weird to Live, Too Rare to Die!” and this time, Weekes actually got credit for playing the bass guitar. This album included hits such as “This is Gospel,” “Nicotine,” “Girls/Girls/Boys,” and “Miss Jackson.” This album just created even more love for the band, and seeing this band live was just becoming more and more exciting.

At the number two spot, we’ve got Blink 182.  I didn’t really listen to Blink 182 until I heard the song “I Miss You.” This band has been around since 1992, with only two band members playing bass guitar and drums, Scott Raynor on the drums, and Mark Hoppus on the bass guitar, and their first album was called Demo 2, which was released in 1993. Nobody really payed attention to the band at first, since Nirvana, Metallica, and others were still a big thing. In fact, Blink 182 was signed to the same record label as Nirvana, Geffen Records. And in 1993, In Utero was basically all anyone cared about with Geffen Records. But that same year, the band released another album, Flyswatter, which had the song, “Alone.”

In 1994, the band  released yet another album called “Buddha” which got much more attention to the band, and of course the first track on the album Carousel got most of the attention, and this just so happened to be the second song I heard from these guys and I love this song. Now, every albums seemed to repeat some of the same songs, and people started to notice that, so the band came out in 1997 and released Dude Ranch, which had new hit songs like “Josie,” “I’m Sorry,” “Boring,” and more. The band continued to release albums and they added Travis Barker as their drummer in 1998, replacing Raynor, and in 2003, Blink 182 was released.

Their newest album, is called California (2016).

For those interested there is this album called Blink 182: Icon, and I highly recommend that if you just want to get one of their album’s with their greatest hits. I have it and I personally love all the songs on that album. “Adam’s Song,” is my #1 favorite.

Lastly, who can forget Green Day?

Green Day formed in 1986 and took a little while to release its very first album. In 1990, the band released 39/Smooth on April 13. After the release of this album, the band started to release an album every year. In 1991 there was Kerplunk, In 1994, Dookie, In 1995, insomniac and More Boring Days. The band wasn’t becoming huge quite yet, but they were getting some attention.

The group broke on the commercial scene in 1997 with the hit “Good Riddance (Time of You Life).”

In 2004 the band released American Idiot. American Idiot, was and is still the greatest Green Day album of all time. It brought the band huge success across the globe, and people loved the song “American Idiot” because it bashed political and social issues surrounding the George W. Bush administration.