College isn’t for everyone

Seniors have plenty of options when high school is over 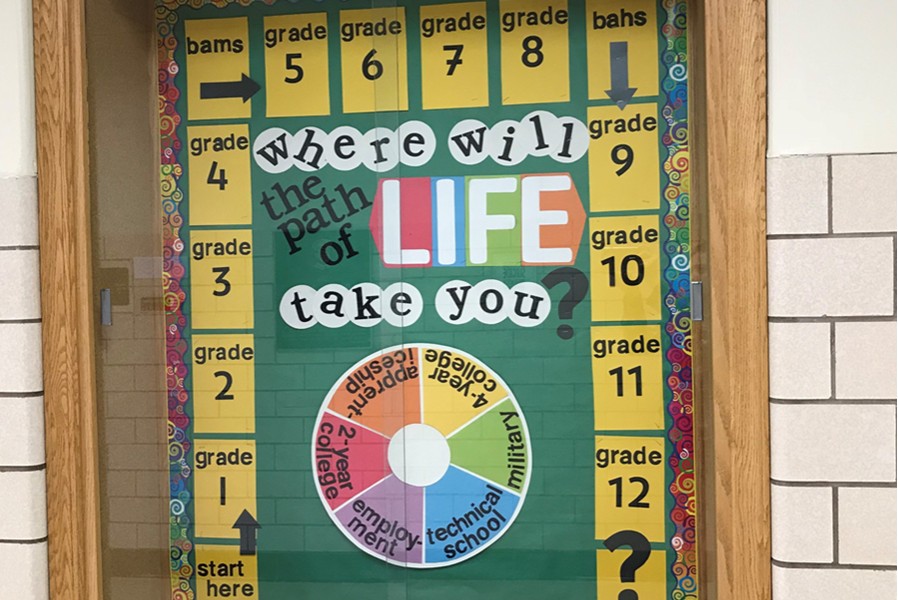 There are many options for students after high school, and college doesn't have to be one of them.

Students are under a lot of stress in school, completing homework, and tests given to them by teachers.  However, stress on students about college may not be necessary, at least not for everyone.

Studies show that while college may prove beneficial to some students, the expectation shouldn’t be placed upon all students.

“I don’t know if anyone should be ‘pushed’ to attend college. If a student is not motivated or doesn’t want to be there, they’ll be at greater risk of dropping out,” said high school guidance counselor Mrs. Danielle Patton.

“I  think students can be encouraged to attend depending on their career goals, performance, and work ethic.  But ultimately it should be something that they want and are prepared for. It’s a commitment that requires effort, motivation, and time management among other things.”

Many people believe that going to college may increase their salary, but often after paying expenses from college loans you end up losing money while people starting their career after high school continue to increase their earning power.

“Every individual is unique and the path to success looks different for everyone. it’s important to focus on your interests, skills, and abilities in order to identify a career goal,” Mrs. Patton said.

There are many different options, rather then strictly attending college, and Mrs. Patton was quick to point to 2-year schools, community colleges, technical schools and programs, the military, apprenticeships.

Above all, Mrs. Patton said at B-A the focus is on helping seniors find the fit that is right for them.

“Our focus is helping students to identify their career goals. Based on those career goals, students need to then determine whether or not college is needed. Students also need to realize that college can refer to many types of post-secondary education. A four-year college or university is not the only option.”

Brayton Coover knows this as well as anyone. After graduating from B-A as an honors student last spring, he elected not to go to school and is now a salesman at Altoona Honda.

“I would’ve liked to go to college, but I understand you have to be adaptable to what the market needs, and right now there are very large percentages of people with degrees that can’t get any jobs in their field and are working for just as much money as they would’ve made without going to college,” Brayton said. “The only difference is they’ve wasted four to six  years and most often are thousands of dollars in debt. I believe that people have an unrealistic type of romanticism with higher education.”

Coover said he wasn’t prepared to assume the responsibility of a debt that could have reached in excess of $100,000. According to Student Loan Hero,  the average Class of 2016 graduate has $37,172 in student loan debt.

Mrs. Patton said the perception of the need to go to college is changing and she’s glad.

“In the past, I think that there was a mentality in society that college was the only path to success. Fortunately, I think that is shifting and people are realizing there are many options and paths to success. It’s about trying to find the right path for each individual.”

That’s exactly what Brayton did, and it’s what he would suggest for anyone weighing college options.

“It’s a very big decision, and you shouldn’t take it lightly or just jump into it because other people are telling you it’s the right decision,” he said.