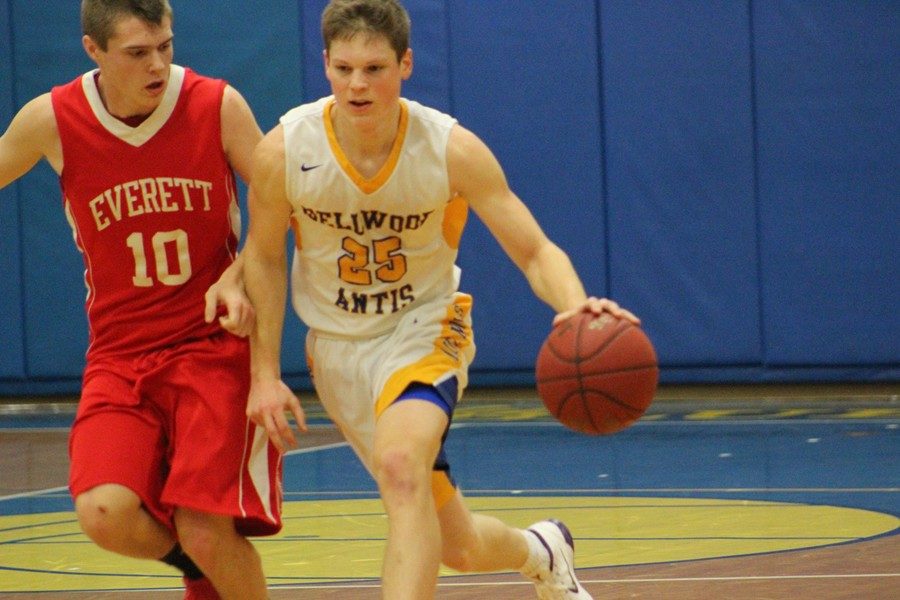 The 2017-18 Blue Devils basketball team has provided some pretty good entertainment for fans this season. Three overtime wins, including last night’s 77-76 victory in double overtime against Everett last night, have defined the Blue Devils’ season this year, and it has also showed how close the talent is in the ICC.

The Blue Devils, who rank second in the ICC North standings, stole wins in O.T. against Williamsburg and Mount Union, in addition to Everett, wins that have helped them to maintain their position behind Juniata Valley.

Bellwood-Antis and Everett traded blows throughout the night, with neither team truly finding their game, or at least one that would give them the ability to stymie the other team’s defense. But the difference in offences is what summed up the game.

Everett played a good game from outside the three point line and by close to the end of the fourth quarter, they had a 7-point lead over the Devils. Bellwood-Antis on the other hand, played on the inside more and from that, they were fouled, and made their foul shots too, going 18-21.

“We did a good job stepping up in the end of the game making big plays and we were able to hit our free throws and they missed some big free throws, it was an exciting game to play in,”said senior Trent Walker.

In other news,  Walker looks like he’s back. After suffering through a few games with an illness, the Bellwood-Antis senior scored 39 points in the Blue Devil’s win last night, good for his second highest game total on the season. This comes after his 27 point night against Mount Union, it’s safe to say Walker is back for the Blue Devils, a good sign as the regular season comes to a close.

Walker had 15 combined in the two overtime periods, and joined with TJ Wyland and Nathan Wolfe to hit some clutch foul shots in the second O.T.