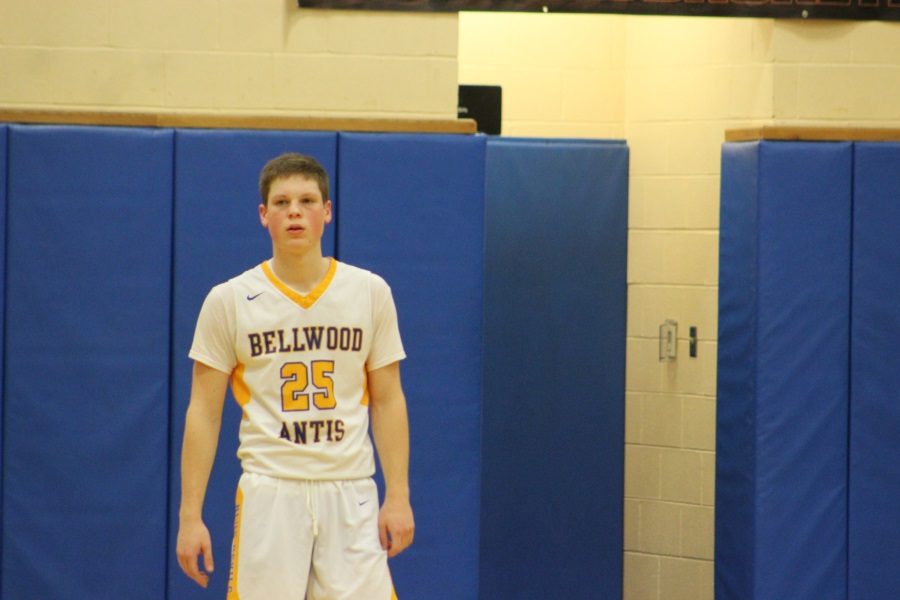 Trent Walker scored 25 in the Devils' win over Glendale.

The Bellwood-Antis boys basketball team preformed up to expectations last Friday night, when they beat Glendale by 30 points, 88-58.

This opportunity allowed for B-A to play some of their younger players to get some regular season action, among those; sophomores Lincoln Boyer and Troy Walker, and freshmen Nick Plank and Zach Mallon. Older players, Chris Friedenberger, Alex Frederick, and Collin McCaulley, also got some game action, mostly in the fourth quarter.

Trent Walker, as usual, was the key prong in the Blue Devil attack, and the senior finished with 25 points. Clay Engle followed Walker on the point sheet with 18 points, tied for his best total of the season. Tanner Worthing and Mason Yingling also contributed with 14 and 15 points, respectively. Yingling also scored three three-pointers, second on the team to Trent Walker’s four.

The game started off quick for the Blue Devils, and by halftime they were up 45-26. The third quarter provided the best quarter of play for Bellwood-Antis and they scored 25 points to the Vikings 12. In the fourth quarter, Glendale outscored B-A, but this was only due to the starters being taken out of play, and considering the Blue Devil’s second team only were outscored by a margin of two points against a starting line-up, it wasn’t a bad performance.

Bellwood-Antis will take on the Juniata Valley Green Hornets Tuesday night at home. The game starts at 7:30 and will be a good game after the Green Hornets beat the Blue Devils earlier this season.