Cell phones: how much is too much? 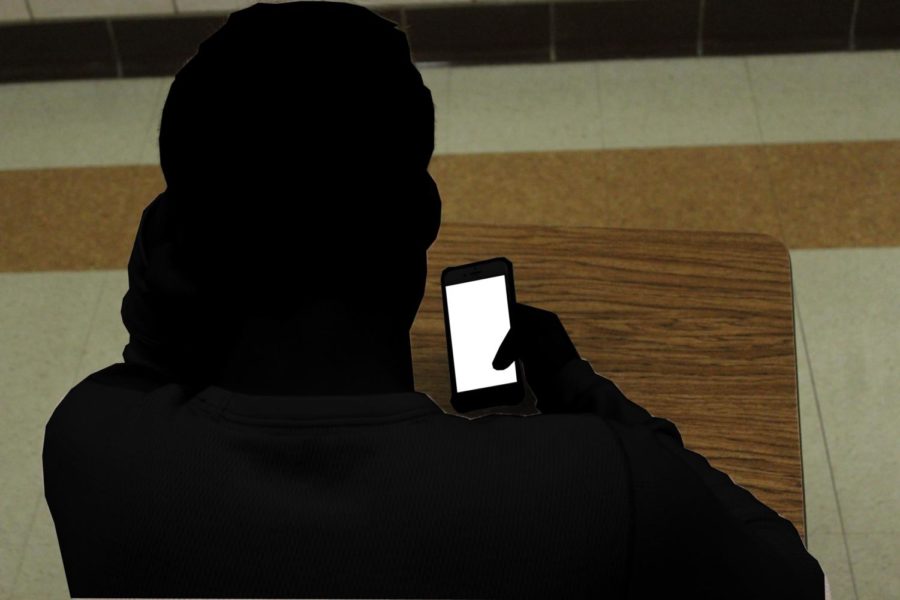 Kids have more reasons than ever to be on their cell phones, but how much is too much?

Studies on the widespread use and detrimental effects of cell phones are almost as common as cell phones themselves. Studies show us that cell phone users take a combination of 93 million selfies a day and they pull out their phone at least 100 billion times a day worldwide. The average user is said to check their phones 100 times a day.

iPhones are just as addictive. Eighty-five percent of the iPhone owners used the phone as their watch, and 89 percent used it as their alarm clock. In fact, 75 percent admitted to falling asleep with the iPhone in bed with them.

Recently, the World Health Organization announced it would list video gaming has gaming disorder in the mental health condition.

Bottom-line young are addicted to their phones.

“Now-a-days, it is the “in” thing to do. People are becoming very dependent on technology,” said Mrs. Holly Carney, a math teacher at Bellwood-Antis who has young children of her own.

Mrs. Carney, whose children range from 2 to 8, fears that with increased screen time kids are being exposed to things that they aren’t ready for, such as advertisements that can be brain washing the kids. She also thinks that parents are getting their kids phone early because it’s an “in” thing.

Are kids at the age of 10 ready to be taking on the responsibility of a cellphone?

According to cbsnews.com a study from 2012 shows that found nearly 60 percent of parents said they offered cell phones to their children at ages 10 or 11. Since then the age keeps decreasing and more than 80% of kids between the ages of 12 to 17 have smartphones.

The fact is, many kids need a cell phone because of their activities.

Many parents give their children phones to stay in touch with them since they are doing a lot of activities outside the home, things like sports practices, after-school activities, going over to friends’ houses etc. Although children 12-17 with smartphones are they ready for all the content that they are exposed? Again, cbsnews.com suggests that parents have a talk with their kids about practicing “digital hygiene.,” which means not looking up inappropriate content, staying within data limits, and sticking clear of privacy risks and cyber-bullying.

“I think they should wait until they are at least 13 or in the 7th grade to get any type of electronics,” Leah Farber Said.

Ninth grader Sarah Manly feels that students who have phones in elementary school shouldn’t have that access.

Early exposure to cell phones could affect young peoples’ cognitive processes, which is why Mrs. Carney thinks there is a problem with kids getting an electronic at a younger age.

“I think kids being on electronics at an early age affects their attention span,” she said.

Sophomore Brooke Beichler, who has had a cell phone since seventh grade, said moderation could be a key in this situation.

“I think a lot of it depends on the person and the amount of access they have,” she said. “If they are young and on their phone 100 percent of the time, that’s not good. But if they are using it for an hour at night or in emergency situations or home alone, I think that’s fine.”