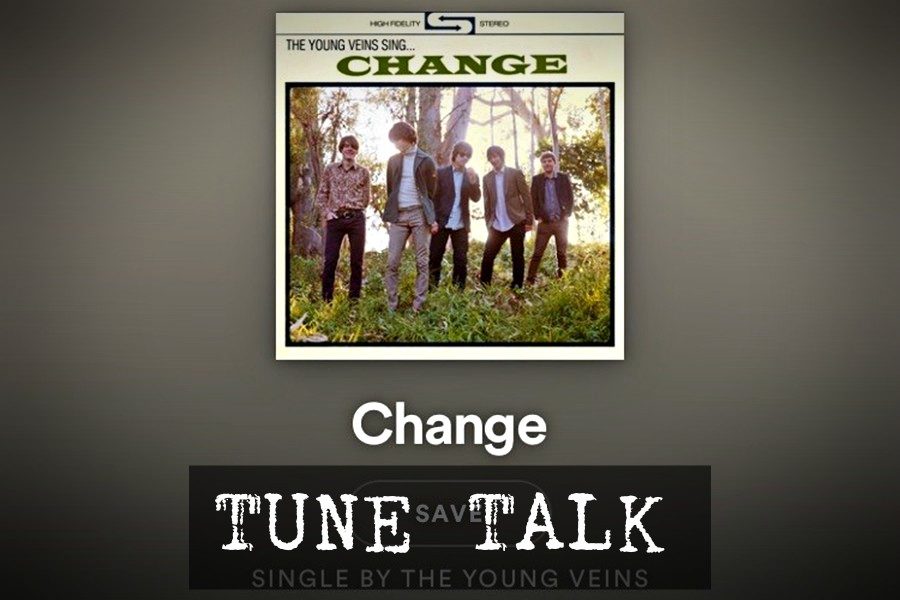 The Young Veins are an offshoot of Panic! At the Disco.

Ah yes, The Young Veins…a band that consisted of two members who were originally with the pop punk band Panic! At the Disco, who broke off and joined together to “recreate” the Pretty. Odd. album.

Not everyone is entirely aware of why singer and rhythm guitarist Ryan Ross and lead guitarist Jon Walker left Panic! At the Disco…honestly hardly anyone even knows that this is even a band. I could honestly care less about Jon Walker; it’s Ryan Ross that I am concerned about. The kid’s very talented, and he just doesn’t get appreciated enough. Here’s a little refresher on why Ross and Walker left the group back in 2009 after Pretty. Odd. Was released. Ryan Ross told media that the reason he left the band was because he wanted to start his own band and be his own lead singer; but no, the real reason was that Ryan was just way too obsessed with Pretty. Odd. and  felt that he had to leave Panic! At the Disco to form his own group and do more stuff  like that album. Jon Walker apparently felt the same way, and of course the main reason this all occurred was because they first asked singer of Panic! At the Disco, Brendon Urie, if they could continue to work  on music likethat album, but he said that they had to switch it up every album.

If Ryan would go back and look at the lyrics that he wrote: “Swear to shake it up, and you swear to listen,” he intended this to mean that they would change the style of every album every time they came out with one, so that’s why everyone was confused on why Ryan left since Brendon and he seemed to be on the same page.

Now if I just made Ryan seem like a total jerk, he’s not. I love Ryan Ross. I’m just saying that he was crazy into the Pretty. Odd. material, and he insisted that he wanted to continue to make that kind of  music. If I was him, I would want to make more stuff that was like the A Fever You Can’t Sweat Out album, for two reasons. Number one: that album is the best Panic! At the Disco album ever; and two, considering the fact that Ryan Ross wrote that entire album, all of the lyrics to every song on the album, the instrumental parts, everything about that album was his own idea.

The Young Veins may have only came out with one album, Take a Vacation!, but they honestly aren’t a terrible band. In fact, I’m actually looking to buy their 2010 CD. On this album there are 11 tracks including “Take a Vacation!”, “Cape Town,” “Defiance,” and my personal favorite, “The Other Girl.”

It has been said by many people that The Young Veins have more of a Beetles-like sound, and they’ve been compared to multiple other bands such as The Kinks, The Cookies, and The Cramps. You can really tell this whenever you listen to my least favorite song by this group, “Change.” The video for this song looks like it’s from the 60’s, the singing honestly gives me a headache listening to it, and I just simply do not like Jon Walker, so seeing him back there trying to be a show off just sets me off. Other than that one song, I love the rest of the album.