THE POWER OF 3: BAD SYFY MOVIES 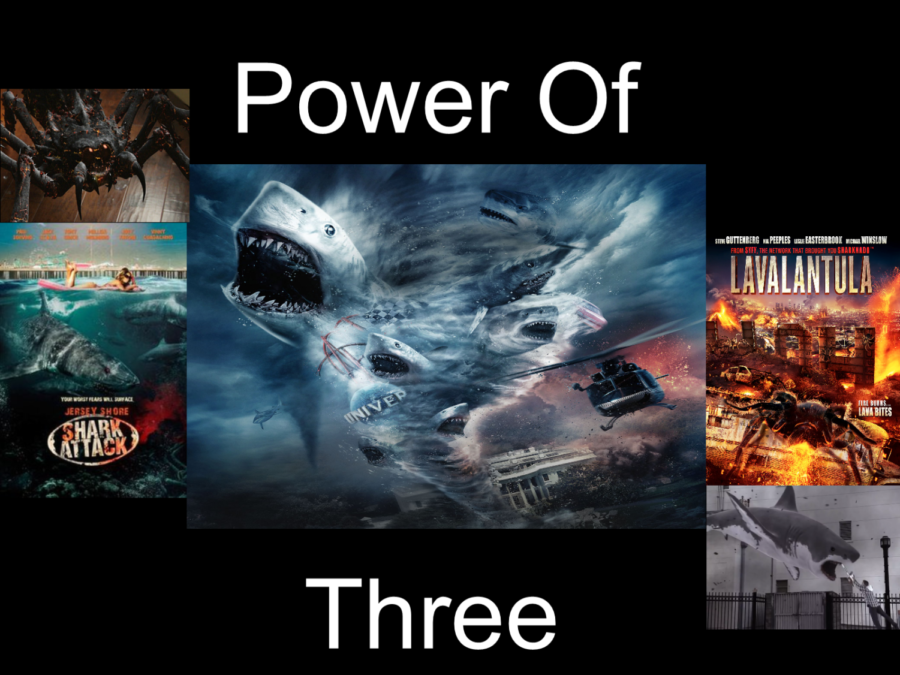 I’m not talking about the genre, I’m talking about the channel. If you end up finding a movie actually worth watching, it’s a miracle. I honestly think I only ever found one worth watching, but I don’t remember the name. This is to show just some of the terrible movies Syfy has produced.
Sharknado
So, for some unknown reason, they keep making these god awful movies. Yes, this isn’t a standalone, but a series. Good for us. For some reason, people keep watching them. I don’t understand why. The movie is about a tornado, filled with water that holds sharks. The quality of the film is bad, although, it is a Syfy movie, so it is understandable. The plot is about  a man trying to avoid getting eaten by sharks, which I guess the title implies. Somehow the producers have kept people interested enough and have made five. The animation makes the sharks look like they belong in a video game, and honestly, I’ve seen games look better.
Lavalantula
This movie, probably even worse than Sharknado, is a movie about tarantulas that come out of the ground when an earthquake creates a crater large enough for them to break through. The spiders look terrible. It’s one of those animations that look like wet clay. Not the greatest spider movie, although, most aren’t good. They also breathe fire.
Jersey Shore Shark Attack
…I’m sorry for this. A movie where sharks attack during a huge party on the shore. Yeah, original. They even brought in some people from The Jersey Shore, such as Paulie Balzac and Vinny. Thinking about this makes me cringe. The acting is also an atrocity, as it is forced and doesn’t really flow. The entire movie is like that. Some of the actors aren’t actors at all, but instead “reality” tv stars.  Spray tans and shark attacks…well done Syfy, well done.