ATHLETE OF THE WEEK: Sakeria Haralson 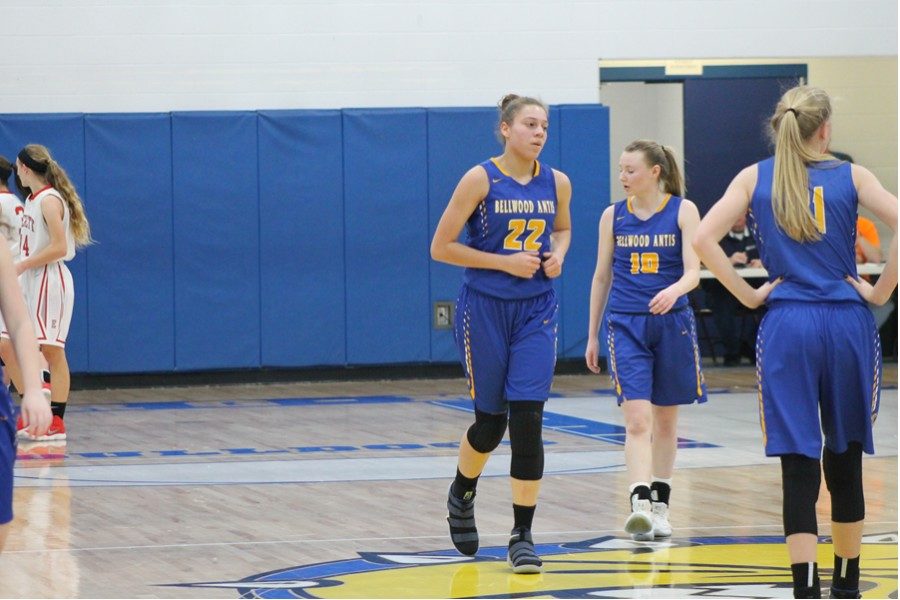 Sophomore Sakeria Haralson has given B-A an inside presence during its 22-2 campaign.

It seems that everyone on the girls basketball team loves Ali Wagner’s pre-game meal. Sakeria Haralson loves it the most though.

“It’s almost like we’re at a restaurant,” she said.

While Wagner serves up the delectables, it’s been Haralson who has feasted on the competition this season.

Sakeria was recently the Altoona Mirror’s athlete of the Week after scoring 15 points and grabbing 12 boards in the Lady Devils’ 55-53 victory over Everett in the ICC championship game last Saturday. She has earned the BluePrint’s distinction, as well.

A great team has to be good on the court and in the locker room. Sakeria said that there are very strong bonds between the Lady Devils, and that “without the bonds I don’t think we would be able to achieve our goals.”

Sakeria’s goals this season are to win districts and go to the state championship. Her goals for her senior year are to “score a thousand points.” The team’s current record is 22-2. B-A will face Blairsville in the 2A semifinals on Tuesday.

The numbers are impressive for the talented post. She is averaging 13.2 points and 10.4 rebounds per game. Sakeria seems to be getting better as the season progresses. Her best statistical game came this week when she had 18 points and 10 rebounds in B-A’s win over Home Center in the first round of the playoffs.

Sakeria has some after school plans of becoming an author. She hopes to play basketball in college but does not think she would want to play professionally.