BOOKLIGHT CLASSIC: To Kill a Mockingbird 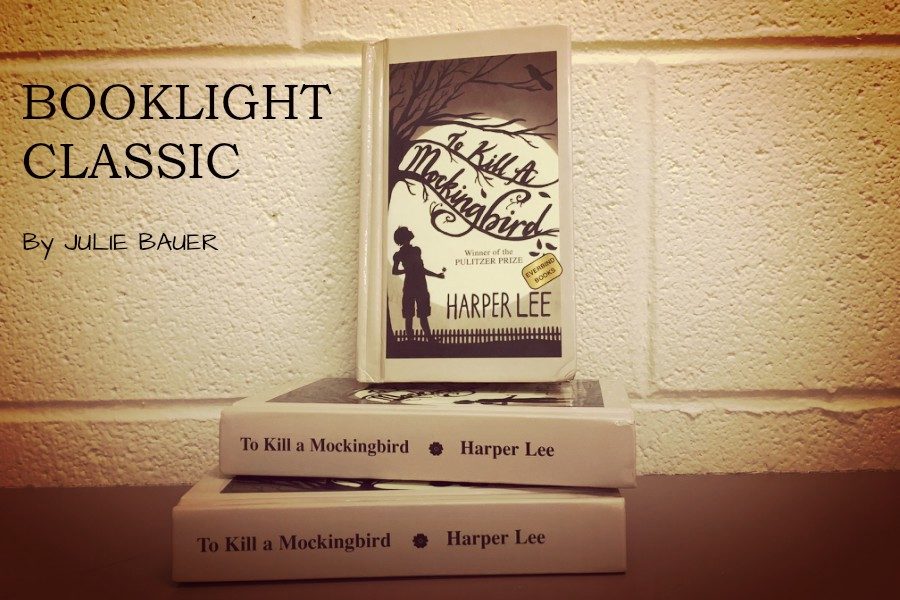 To Kill a Mockingbird is a classic worth reading.

Harper Lee’s To Kill a Mockingbird takes place in the honey-sweet Southern town of Maycomb, Alabama during the Great Depression. The protagonist, Scout Finch, recalls her upbringing in this town. Scout’s companions, Jem and Dill, her father, Atticus, and the mysterious Boo Radley characterize the warmth of her childhood.

However, Scout is soon to learn of the darkness lurking beneath Maycomb’s facade.

Tom Robinson is a black man who has been accused of raping a white woman. Atticus Finch is appointed to defend him in his trial. The controversy surrounding the event shakes the small Southern town, and starts Scout on the path towards adulthood.

To Kill a Mockingbird has been a beloved piece of American literature since its publication in 1960. Although the work isn’t flawless, it’s well-loved for good reason.

The narrative of Mockingbird is told with humor and grace. The story of Tom Robinson’s trial is the most intriguing part of the novel. Otherwise, the protagonist relays anecdotes that characterize life in Maycomb.

Scout, Jem, and Dill are all endearing characters. Harper Lee is able to easily communicate their innocence, and contrast it with the unjustness of Southern society during the Great Depression. Atticus Finch is a fan-favorite for his wisdom, kindness, and fairness. It can be argued that many of these characters do not stray much from their “character type” (for example, Atticus as a wise father figure who can do no wrong, Calpurnia as a black woman who knows her place).

The work’s best features are its themes and the timely topics it addresses. Scout is an embodiment of childhood innocence, who slowly learns that she must take the good with the bad. The book preaches that although there is unfairness and cruelty in the world, it’s no excuse to become cynical. Finally, through teachings of her father and by her own experiences with Boo Radley and others in Maycomb, Scout learns that humans cannot be all good or all bad.

Juxtaposing these feel-good themes, the novel addresses dark topics such as racism and rape. To Kill a Mockingbird shows how racism can easily ruin a black person’s life, along with the power a rape allegation can hold. On a somewhat lighter note, the novel also addresses gender roles. Scout is a tomboy but is demeaned for not properly fitting into a gender role and forced to act more feminine.

All of these are great lessons to learn and topics that are still relevant today, which is why you’ll probably read this before you escape the American education system. Still, by some, they can be seen as too idealistic.

To Kill a Mockingbird is the ultimate feel-good novel. If you’re looking for something to curl up in bed with, or if you want to experience an important American classic, this is the book for you.