ATHLETE OF THE WEEK: Jaydyn Shuke 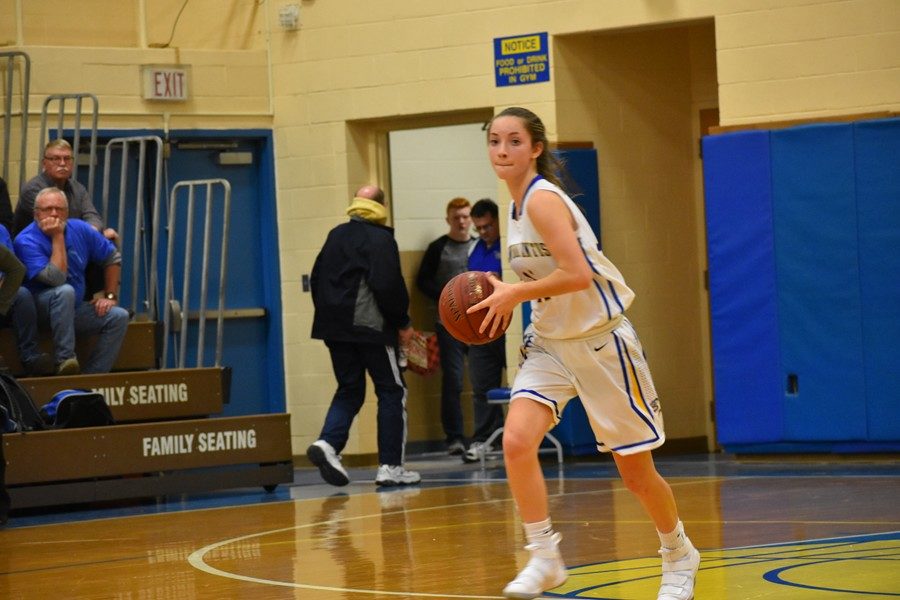 Jaydyn Shuke has made big strides during her sophomore basketball season.

Yet again Ali Wagner steals the win for the girls basketball team’s best pre-game meal according to this week’s Athlete of the Week.

“All of us look forward to her meal every year,” said Jaydyn Shuke. She is the third player off of the girls basketball team to say this!

Jaydyn has been enjoying a great sophomore season, not only for herself but with the whole team as well. She has strong aspirations and a wants to win.

Jaydyn has been playing basketball since third grade. She says her most memorable moment for her basketball career is “when coach Longo was pregnant with her son Greyson and she was running a drill for Emilie, Alli, and I, and she slipped and fell.” Sounds like a great one to remember!

Jaydyn’s favorite part about playing basketball is “being a part of a team because we are like family.”

Jaydyn’s goals this season are to make it to the state championship. She says her goals to accomplish by senior year “have never changed since freshman year.” They want to win all three titles, the ICC championship, District and state finals. She says, “We always want to reach our goal of winning 20 games by the ICC championship.”

Jaydyn has appeared in 21 varsity games this season, scoring a season-high 7 against Williamsburg in December, and most recently netting 5 in the District 6 2A consolation game win over Penns Manor on Thursday.

A tri-athlete, Jaydyn plays soccer and pole vaults along with with basketball. Her goals for the upcoming season of pole vaulting are “to increase my PR by a lot and to vault like Lexi Gerwert and  eventually be able to make states.”

Through all the practices for all three sports as well as school (where she’s an honors student), Jaydyn still keeps her mind clear for what’s ahead of her. She already has a couple colleges in mind and does plan to participate in sports when she reaches that level.

She says, “My dream college is either Penn State University or Duquesne University” to become a nurse anesthetist. She also would want to vault during her college career.