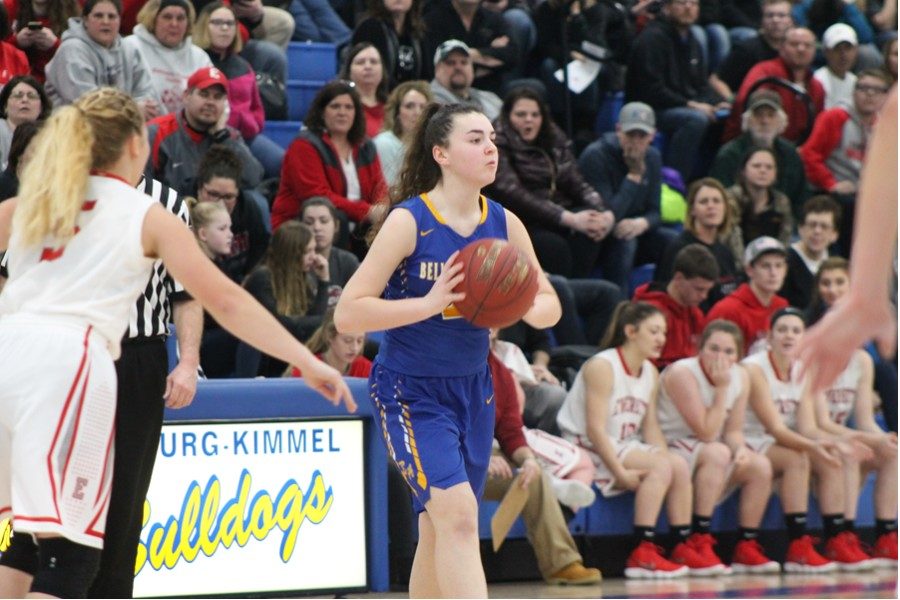 Emilie Leidig and the Lady Blue Devils look to advance past Blairsville.

Bellwood-Antis knew they had a challenge ahead of them when they went into last nights game against Penns Manor, a team that attributed two of their three losses to  Blairville, the team that beat the Lady Blue Devils three days ago. However, B-A came into yesterdays game with a mission and they stormed past the Lady Comets 76-48, and made the district consolation game look like another regular season game.

The sophomore trio again was big in the Lady Blue Devil win. Alli Campbell scored 28 points to lead the team, with Sakeria Haralson also contributing 19 points, and Emilee Leidig adding 12 in the win.

The Lady Blue Devils came out strong and scored 22 points in the first quarter, leading Penns Manor 22-10 out of the gates. B-A couldn’t continue this dominance in the second quarter but still led by 11 points at the half.

B-A truly had the advantage in size this game, with Sakeria Haralson playing a big part in that as she added 12 rebounds in the game, which allowed the Lady Blue Devils to get a few extra chances throughout the game. This helped to turn the tide in favor of B-A.