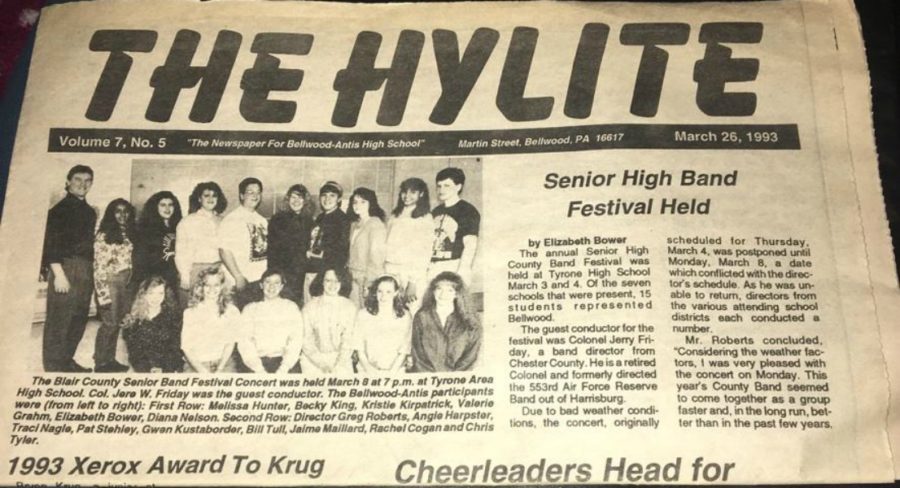 The story on the senior high band festival was originally published in The Hylite newspaper.

That year the guest director was Colonel Jerry Friday. Mr. Friday was a band director from Chester County. He was a retired Colonel and he had also formerly directed the 553rd Air force Reserve Band in Harrisburg.

Due to bad weather conditions on the 4th , the concert was postponed until Monday, March 8 . Unfortunately, Colonel Friday had a conflicting schedule and was unable to make it. Mr. Roberts, the music teacher at the time, concluded, “Considering the weather factors, I was very pleased with the concert on Monday. This years county band seemed to come together as a group faster and, in the long run, better than in the past.”