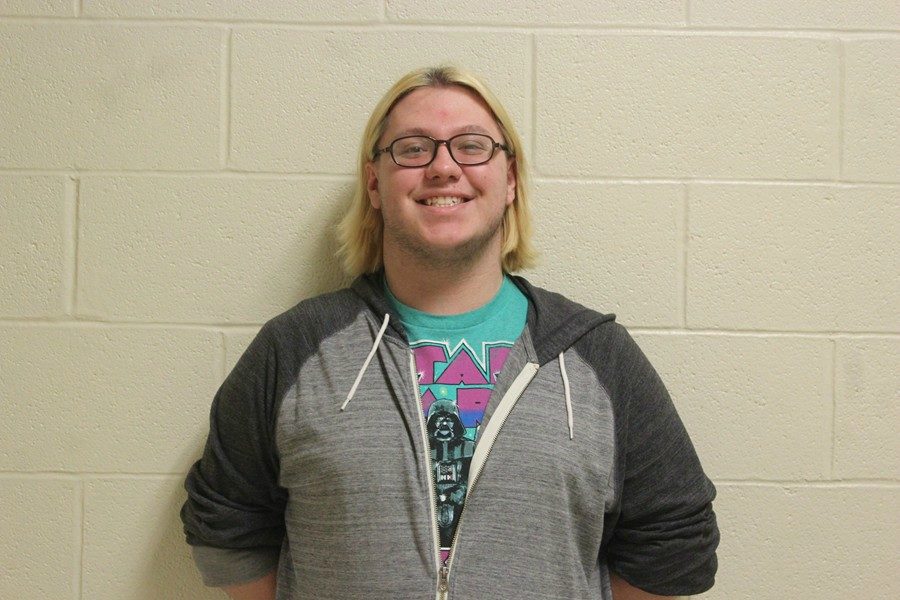 Ben Noskfer is a junior who loves to read and write.

This month our Just Junior is Ben Noskfer! Ben spends most of his time reading and writing, but he also enjoys hanging out with his friends, playing with his pets which include eight dogs and one cat, and singing. In school, his strong subjects are English, science and math.

Ben is described as someone who is smart, cheerful, imaginative, and helpful. He has many friends who admire him for his honesty.

“Ben is the type of friend who is always there when you need him and will always give a friend a helping hand,” said Nick Padula.

After high school, Ben has big plans. He wants to major in English and minor in counseling. He is looking at schools in Canada, however his number one choice as of right now would Clarion University in Clarion, Pennsylvania.

His favorite teacher is Mr. Naylor because “he inspired me to write more,” says Ben.

Ben is playing to apply to Clarion in June. Good luck Ben!