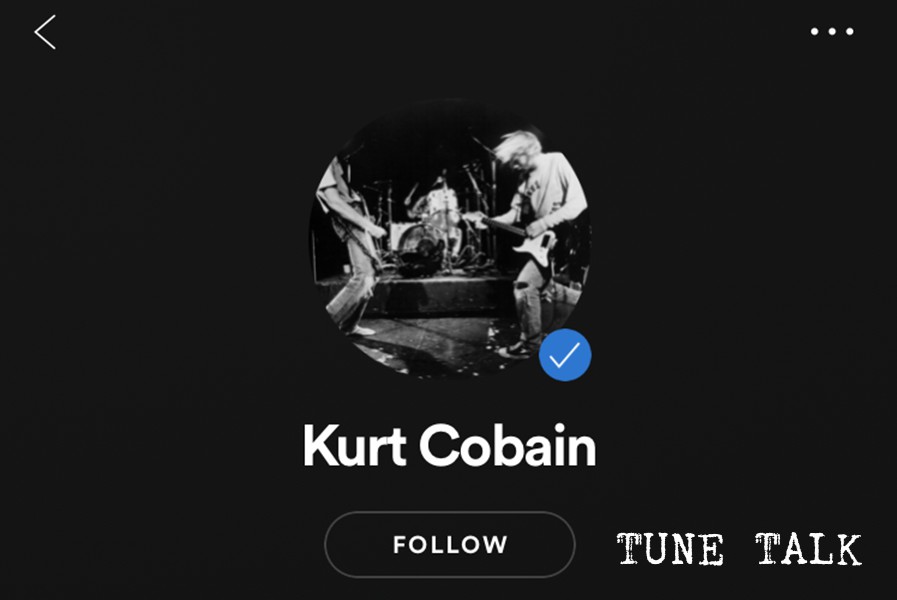 Kurt Cobain, born in Aberdeen Washington, February 20th, 1967 lived with his parents until he was 9 years old and then his parents got divorced. He lived in pain, feeling depression and anxiety all throughout his elementary school years and middle school years but he was feeling a little bit better whenever his 14th birthday came around and he was gifted his very first guitar. It was a Fender Jaguar, which was one of the last guitars he played with, but we’ll get to that part at the end. Now Kurt was actually doing really badly in high school so he dropped out his senior year because he didn’t have enough credits to graduate. Kurt started looking for a job, which he found at his old school as a janitor, but he quit after he became a roadie with the Melvins. That’s whenever Buzz Osbourne got Kurt to meet Nirvana’s bassist, Krist Novoselic at a Black Flag concert and the two became close friends.

They would later form a band in 1985 with Kurt on lead guitar and lead vocals, Krist Novoselic on the bass, and Dane Peters on the drums and they were called “Fecal Matter.” Now Kurt Cobain went through countless names before choosing the name, Nirvana, such as “The Stiff Woodies,” “Pen Cap Chew,” “Bliss,” “Ted, Ed, Fred,” and “Skid Row”. He didn’t chose the last one, because he didn’t want to be confused with the other band “Skid Row.” Now whenever Kurt changed the name to Nirvana their band members consisted of Kurt singing and playing the guitar, Kirst on the bass guitar, Chad Channing on the drums, and Chad brought in his friend, Jason Everman, who would play the rhythm guitar. In 1989 Nirvana came out with their first official album, “Bleach,” which wasn’t actually heard by many people at the time because the album wasn’t put out there that much, by that I mean it just wasn’t getting spread around that there was a band called Nirvana just yet, and this was just simply because the record label that signed Nirvana, Sub-Pop, just wasn’t a huge record label. In this same year, Jason Everman was kicked out of the band because of his “moodiness” and “aggressiveness,” and Nirvana just stopped looking for another guitar player.

Now that it was just down to the three band members, in 1990 Nirvana was starting to work on some more new material and during these sessions and argument broke out between drummer Chad Channing, and Kurt Cobain about Chad wanting to do the song writing. The disagreements ended with Krist taking Kurt’s side and Chad was then kicked from the group. In this same year whenever Kurt and Krist were looking for a drummer, they would later audition and hire drummer, Dave Grohl, to join the band, who used to be part of the band, Scream. After Dave was recruited into the band, Nirvana went to work on some more demos and signed on to a much bigger label, Geffen records, which also had huge bands like The Eagles, John Lennon, Bob Dylan, and many others.

Nirvana released their second album in 1991, “Nevermind” which actually only gave Chad Channing one credit for playing the cymbal crashes for the song “Polly”. “In Bloom” had Dan Peters originally on the drums. Nirvana was all the buzz for teens in high school, college and even adults were getting into Nirvana’s music, but it mostly really hit it big with teenagers. Teenagers were Nirvana’s main audience, because they reached out to teens. Plus, adults found Nirvana’s music to be excruciating teenage garbage.

In 1992, Kurt got married to his lunatic wife, Courtney Love. Now I know you’re probably wondering how I could say that about Courtney, when Kurt is probably just as equally insane as Courtney is, but that’s not the case here. Sure Kurt was out of his mind some of the time or maybe even most of the time, but Courtney just simply could not control herself. She was overall just a horrible person. She was always picking on Dave Grohl saying he was kicked out Nirvana, even though he never was. She said Nirvana wasn’t even a band, but that Kurt did all the work. her music was hated by everyone and people just hated her appearance. Anyways, these two got married on February 24th, 1991 while Kurt was wearing his pajama’s, which people found very funny. Dave Grohl also attended this wedding, but Krist unfortunately was not there because he was having a fight with Courtney and Kurt at the time, but there details never surfaced about the fight was on.

On December 14th, 1992 Nirvana’s next album, Insecticide, was released but it was actually just basically Nirvana’s extra tracks that they called their B-sides. This album featured songs like “Dive,” “Stain,” “Big Long Now,” “Aero Zeppelin,” and Nirvana’s other known hits, “Sliver,” and “Been a Son.” On this album Nirvana actually acknowledged every single one of their band mates who played. Nirvana went on to play a tour in 1992 as well as playing at the Reading Festival, and Saturday Night Live. Nirvana was also, as you could expect, interviewed a lot, and as most Nirvana fans know, Kurt hated being interviewed so of course they wouldn’t give much information unless they were being interviewed on MTV. MTW was official and Nirvana didn’t like being interviewed by nonprofessionals.

The year after, in 1993, Nirvana released yet another studio album, “In Utero,” which got them even more fame for their band, but they also recruited another guitarist, Pat Smear, which was originally a guitarist for the band The Germs. Now the reasoning David Geffen, Geffen Record’s founder, brought in Smear was said to have Kurt focus more on vocals rather than playing the guitar. This album featured great hits such as “Heart-Shaped Box,” “Serve the Servants,” “Dumb,” “Pennyroyal Tea,” “Very Ape,” “Rape Me,” and “All Apologies.” With this album came another tour for Nirvana, and along with that they played on MTV’s “Live and Loud.” And of course will all of this came what Kurt hated, even more interviews where he gave little answers unless he was on MTV and MTV actually did interview Nirvana in 1993 after they won another MTV award like they did in 1992 for “Best Alternative Rock Album.” In this year, Nirvana went on to play countless live shows, they finished their tour towards the end of 1993, and then in 1994 they went on to play MTV’s Unplugged and then went onto another tour, but let’s break all that down before I continue. Everybody has at least heard off MTV Unplugged, multiple bands have played on this show such as Pearl Jam, Stone Temple Pilots, Kiss, The Eagles, and Alice in Chains. Anyways, Nirvana went on to play on MTV Unplugged along with The Meat Puppets who joined them for three songs, “Oh Me,” “Lake of Fire,” and my personal favorite “Plateau.” Of course this performance got even more buzz for Nirvana and Geffen Records actually got with MTV and made this performance into a live album. In this same year, Kurt Cobain was found dead inside of his home in Aberdeen, Washington with a suicide note that didn’t really look like a suicide note, large amounts of drugs around his body, and a shotgun in his hand. I won’t go into any stories of how he died or conspiracies, so I’ll just skip ahead to my favorites about Nirvana. Now when people ask me what my favorite Nirvana song is, I can’t answer, honestly I love all of Nirvana’s music, I own every album, I’ve listened to ever single song, I can’t choose a favorite, I love all of Nirvana’s songs. But whenever someone would ask me what my favorite album is by Nirvana, usually I’d say it’s a tie between “Bleach,” and “In Utero.” At the moment, I’m leaning more towards “Bleach” but it just doesn’t feel the same without Dave Grohl back on the drums in that album, it’s Chad Channing, but I love the songs featured on that album like “Blew,” “School,” “Scoff,” “Negative Creep,” and my very top favorites of that album, “Floyd the Barber,” and “Paper Cuts,” and I just can’t get enough of their stuff. Anyways, this is the story of the late and great Kurt Cobain, and we would love to have him back because he did indeed take a tool to truly change a generation and be the voice of a generation.