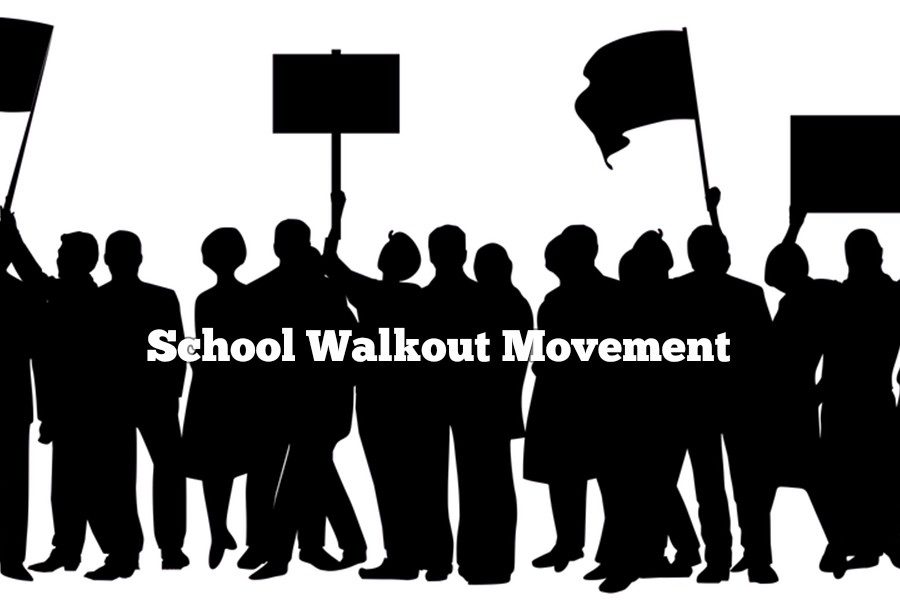 Marjory Stoneman Douglas High School in Parkland, Florida experienced something last month that every student and teacher dreads. Seventeen students and teachers lost their lives as shooter Nikolas Cruz fired on campus with an AR-15 rifle.

People all around the country are at a loss for words when they think about the 17 lives lost that day. Senior Emma González and 17-year old Jaclyn Corin from Marjory Stoneman Douglas High School have decided that enough is enough. Emma went on Twitter and suggested a walkout, and Jaclyn made a video called “What if”, which went viral online immediately after publishing.

Together, the two girls sparked a movement that is not only impacting nationally, but locally, right here at Bellwood-Antis High School.

The movement is called the “National School Walkout Movement”. All around the country, students have decided that at 10:00 a.m. on Mach 14, they will walk out of their classes and leave their schools for 17 minutes in protest to bring awareness to gun violence in schools. Students want people to realize that something has to change, and they are finally starting to stand up.

Mr. Richard Schreier, the high school principal, spent parts of last week and this week meeting with student leaders to develop a plan that allows for students to have a voice while maintaining the school’s safety and discipline codes.

“I want to support students and their perspectives, while still providing them with a safe a secure environment. It’s my goal to be able to work with students and end with a sensible outcome,” said Mr. Schreier.

In a recent Facebook announcement on the official Bellwood-Antis High School Facebook page, Mr. Schreier explained what the overall plan is for the National School Walkout Movement.

“A unified event will occur at 10:00 a.m. in our high school building. This event will allow students to peacefully assemble to support the concept that students have a right to learn without fear and in remembrance of the lives that have been lost in the Parkland tragedy, as well as other episodes of school violence,” stated Mr. Schreier in his recent Facebook announcement.

Here is a complete transcript of the announcement.
In response to the tragic school shooting at Marjory Stoneman Douglas High School in Parkland, Florida last month, students across the nation are planning a organized walkout.  The walkout is scheduled to take place on Wednesday, March 14 at 10 a.m. and is to last 17 minutes to honor the 17 victims of the Parkland tragedy.

The goal of the student protest, which is a national movement, is to honor the memory of the 17 victims and to call for legislation against gun violence to keep our schools and communities safe.

The BAHS administration met with a number of student leaders to discuss options related to the planned National Walkout Movement.  After much thought and discussion, the administration and the students decided on an option that will ensure safety and reduce distractions.  A unified event will occur at 10:00 a.m in our high school building.  This event will allow students to peacefully assemble to support the concept that students have a right to learn without fear and in remembrance of the lives that have been lost in the Parkland tragedy, as well as other episodes of school violence.

In order to protect our students, we will not support a student’s choice to exit the building as a form of protest.  Also, students will voluntarily participate in the event.  No student will be required to join the other students who choose to assemble.  In order to protect the safety and security of the students in our building, details of the planned event will not be publicized.
So while this event is not what was originally trending on Twitter, Mr. Schreier and administration have made sure that students are able to still peacefully protest while staying safe.