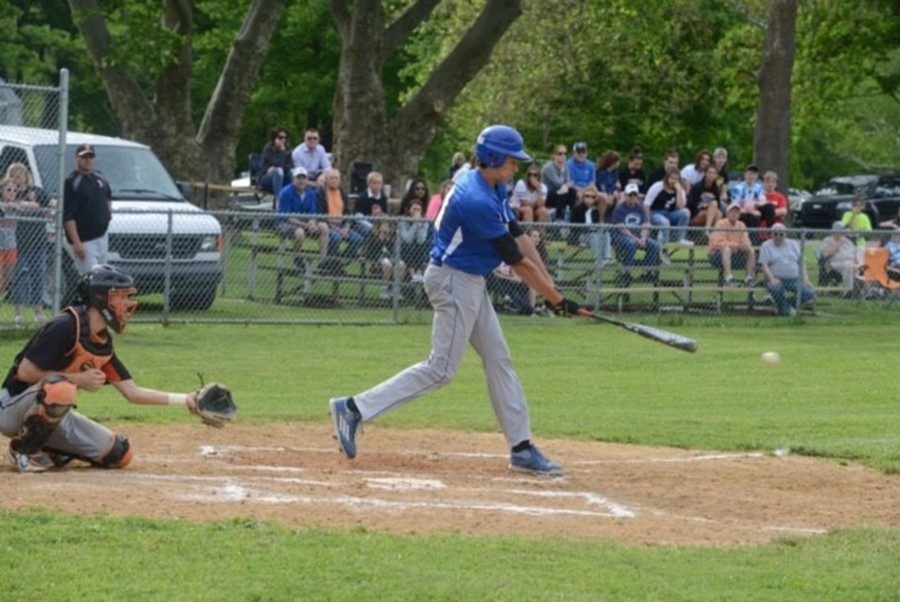 Travis Luensmann looks to lead the team from the pitching mound this upcoming season.

The Bellwood-Antis baseball team is going to look to replicate the success of last year’s team that made it to the PIAA 2A Final Four; but it will do so without the help of last year’s stellar senior class.

The Blue Devils, who were scheduled to take the field Wednesday versus Glendale until weather forced a cancellation – their first two games last week were postponed, as well – will have questions at a lot of positions, but one that the Blue Devils shouldn’t have any problem at is pitcher.

Travis Luensmann, the younger brother of University of Nebraska pitcher Travis Luensmann, showed that pitching runs in the family last year when he lead the team with a 0.94 ERA through 29.2 inning pitched. Luensmann will obviously be a starter this season, and although anything can happen, it looks like Caden Nagle will figure heavily in the rotation, as well. The junior averaged a 1.4 ERA and took home two wins last year. The Blue Devil roster this year also includes sophomore pitcher Mark Stewart, who last season played on a BG team that only lost to B-A by one run and he is expected to make a big splash.

In the outfield the Blue Devils will have to find replacements for Joey Padula, Jordan McCracken, Brendan Kowalski, and Sawyer Kline, and with a much smaller roster, this could be a challenge to see who fits where.

However, head coach Steve Conlon doesn’t think that the turnover will be an issue for this years team.

“Our infield should be strong this year with Travis Luensmann and Mark Stewart at third, Alex Schmoke at shortstop, Ian McFarland at second, and Troy Walker at first base.  I expect Jack Showalter to have a strong season behind the plate,” Conlon explained. “We feel that the players we have stepping in are very capable of playing at high level.  We return numerous players that played key roles in our run to the state semi-finals last season in which they gained valuable experience.”

The team will also have to look for ways to improve in the batting department, a category that last year was led by the seniors. Conlon has confidence in his team to make these improvements here too.

“As a group our hitting line-up should be strong 1-9.   I look for all of the guys in the line-up to have big seasons,” Conlon said.

Overall, and despite the turnover, this season could look similar to last years, with the team expecting to challenge for multiple titles throughout the year.

“Our goal each season is to be competitive and win our division of the ICC and the overall ICC championship.  If the team plays to their ability we should challenge of the ICC title,” Conlon said.

However, some players are already looking past the conference and setting even higher goals for the season.

“The goal for this years team is to win districts and go as far as we can from there,” catcher Jack Showalter said.