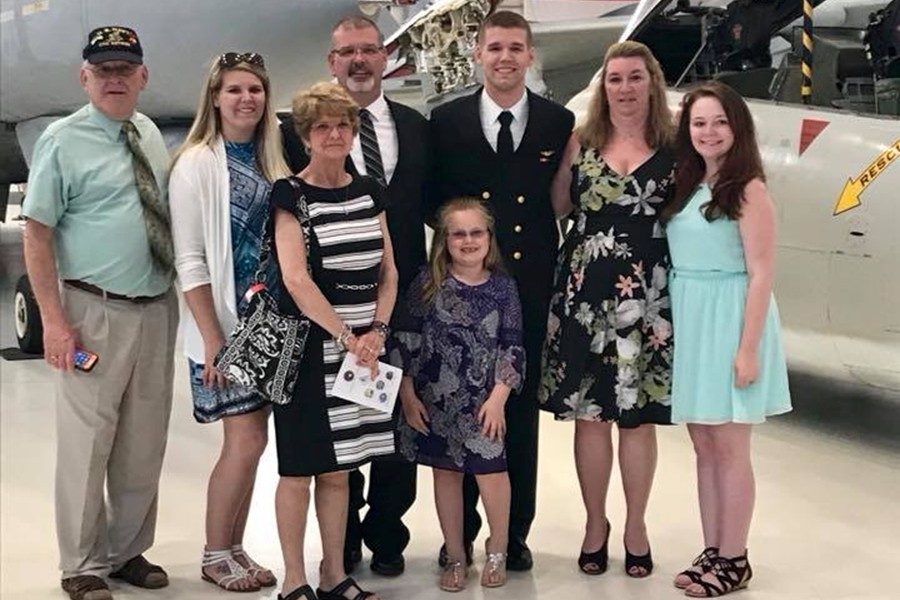 Watch the 80s movie Top Gun. Most people come away dreaming of being Maverick, the cocky jet fighter who saves the day.

But what about Goose? He was the heady Naval Flight Officer, who steered Maverick and their plane in the right direction. It is an important but overlooked job.

Adam joined the United States Navy because it was a childhood dream to work with aircraft. Also, he said, it provides the unique ability to make a difference to protect and serve our country.

“This has been a dream of mine for as long as I can remember. My parents would take me to airshows when I was a child,” Adam recalled.  “I was fascinated with the things a military jet can do.”

He is currently a Lieutenant junior grade. Though he’s not a Weapon System Officer, yet he could be within the next year.

An NFO for two years, Adam recently received his Wings of Gold as a Naval Aviator, but it’s just the starting point in his career.

The NFO is primarily responsible for working the radios, navigation, programming weapons, radar, and other systems onboard the aircraft. He does not pilot the plane, per se, but uses communication skills and observation to help the pilot complete the task. This has its own challenges.

“We need to keep track of big picture stuff because we don’t have the distraction of flying the plane,” Adam said. “There are actually some mission sets that only the 2-Seat F-18s do. Two heads are better than one, so when you have two people working a problem mistakes have the chance to be caught where the single seat pilot could easily and understandable let something fall out.”

Adam has specific responsibilities when as an NFO, and communication is a key.

“I have no way to control the plane at all other than talking to the pilot. This is probably one of the hardest skills to develop,” he said. “For example, imagine you are in a dog fight, and as the NFO you see the enemy plane but the pilot does not. You have to be able maneuver the plane by just talking to the pilot. When flying we are responsible for the safety of the aircraft, so a big part of our job is verifying what the pilot is doing.”

The next four year are fairly scripted for Adam, he’ll spend next years at the Fleet Replacement squadron where he will learn the F-18 and earn the title of Weapons System Officer. After that he’ll head to a fleet squadron for his first sea tour.