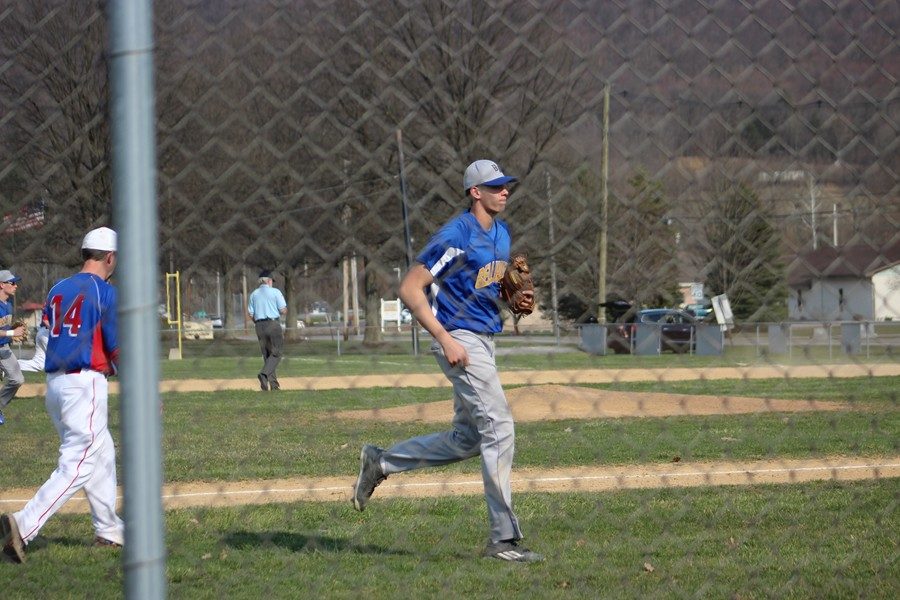 The Bellwood-Antis baseball team came out strong to take it’s first home win of the season Friday against West Branch, 17-2.

The Blue Devils won the game in three at bats and four innings, only allowing West Branch to score two runs.

On one side of the plate, B-A pitcher Mark Stewart allowed three hits and added two hits and RBIs at bat for a fairly impressive game for the sophomore.

On the West Branch side, it was a Bellwood-Antis onslaught. Travis Luensmann, who played third base, added three hits and two RBIs. Jack Showalter batted in four runs, and Ian McFarland added two.

B-A will play against Juniata Valley tonight away from home. The Hornets, also 4-0, are looking to continue their perfect season, and with two undefeated teams, this could be their biggest challenge of the season thus far.

Lady Blue Devils shutout for second time in a row
The Lady Blue Devils, also playing West Branch, dropped a 0-10 decision in Morrisdale last Friday. The Lady Warriors held B-A hitless through five innings, and only hit ten into the B-A field to secure the ten run lead, and consequently, the mercy rule.

This is the second game in a row that the Lady Blue Devils have been mercy ruled and shutout after Claysburg-Kimmel provided the first. The Lady Blue Devils will try to reverse that trend when they face Juniata Valley tonight at home. Juniata Valley (0-3), will also be looking to try to improve upon a disappointing season when they travel to Bellwood-Antis. The game will start at 3:00.