Artist of the Week: Ben Eamigh 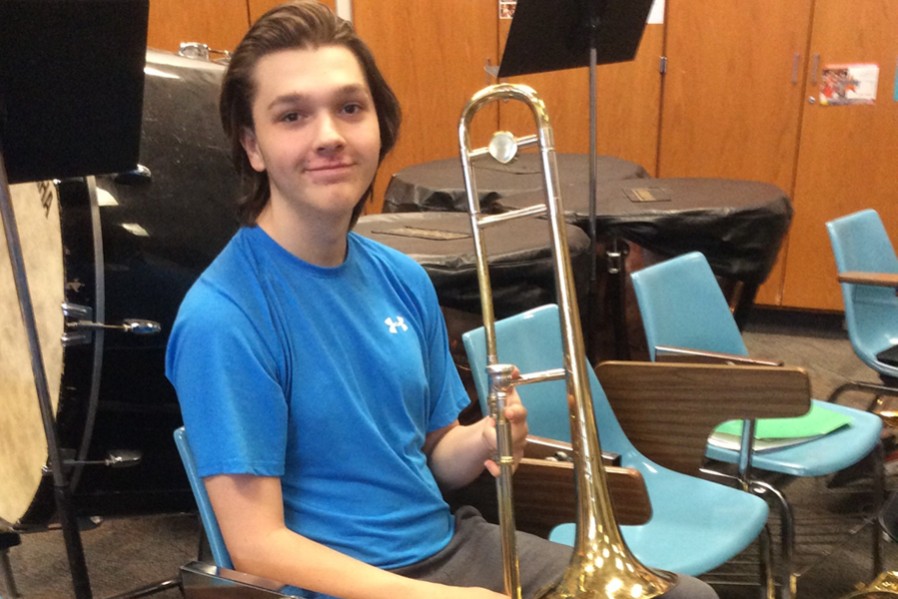 Ben Eamigh has grown into a dedicated musician.

Ben Eamigh is very involved in the music program at Bellwood-Antis. Music is a very important part of Ben’s life. Ben started out playing the French horn, which he started in 7th grade. His sister Marlie played the French horn, so he wanted to play it too. Ben says he was very bad at it and that Mr. Wolfe made him play the trombone.

Ben was asked how much practice it takes to be good at the trombone.

“It depends on how much work you put into it. When I started, I never really got into it until around 9th or 10th grade. So that’s when I started being what I define as “good.”

Ben is inspired to play music by little moments when you play a note or phrase and that makes you say “that felt nice!”

Ben has also learned to play Baritone, and is a novice at bass guitar.

Ben is a part of concert band, jam band, jazz band, and marching band. He plans on participating in district/county band next school year.

Ben’s goals in music involve him being able to play a piece of music that sparks emotion in the people that hear it.

Ben continues every day to work harder on his music and better himself at playing trombone.