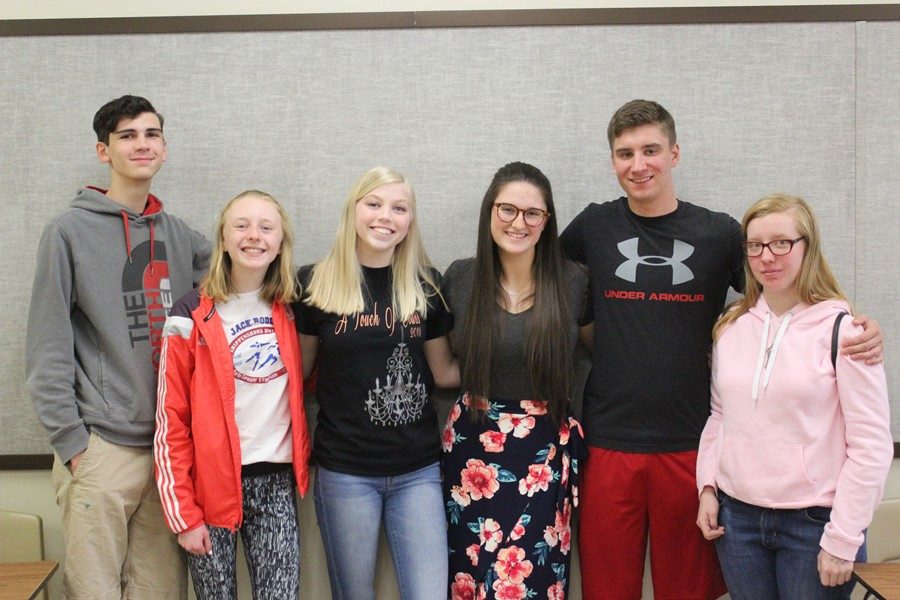 Everyone will be recognized at a luncheon in Lancaster, May 19.

The staff continues to be successful in all they do. This is the fourth year in a row the staff has received an SNO Distinguished Site. It’s also the second straight year winning a Keystone Press Award as the top online high school news site in Pennsylvania.

“I couldn’t be prouder of our staff for all they have done this year,” said Mr. Naylor, “One of the big keys in contests like this is effort and work ethic. These are stories that challenged our writers to go out and conduct multiple interviews, do research, and then edit and revise many times. It’s a lot of work to develop a championship story, but they did it and it’s a tribute to their hard work.”

In Category Three, News Story, the first place winner was Bauer, for “Safety Report: Five years after Sandy Hook B-A is a safer place.” She also got second place in this category, for “BASD administrators not put off by SPP scores.”

“Julie has been our go-to this year for serious news stories. She is a pro. She never backs away from interviews and puts in the work. It’s no surprise she’s going to Susquehanna for writing. She’s got a lot of talent,” says Mr. Naylor.

In Category Four, Feature Story, honorable mention to Riley Miller for “College isn’t for everyone.”

“Jake has been such a star for us this year. In one, there’s not much he hasn’t done, from sports and feature stories, to editing to his graphic design work- he made us better, and the story on Alli was amazing. He had a clear direction on that from the beginning,” Mr. Naylor said.

“Quintin is bright and truly has a mind for science. This story was right up his alley because he understood its complexities . On top of that, he wrote it in October, very early in his time in BluePrint, so it’s even more impressive,” said Mr. Naylor.

In Category sixteen, Radio/TV Interview or Talk Show, Mya Decker and Kaelynn Behrens, took second for their video segment “Too Cool for School,” which highlights the achievements of B-A students outside of class.

“What impresses me about both Mya and Jenna is they take BluePrint as an independent study class,” said Mr. Naylor. “They could be taking a study hall, giving themselves much more free time, but they have chosen to work for the BluePrint. And more than just work they have worked on a level above most of their peers in the state.”