Top 3 Best Guitarist of All Time 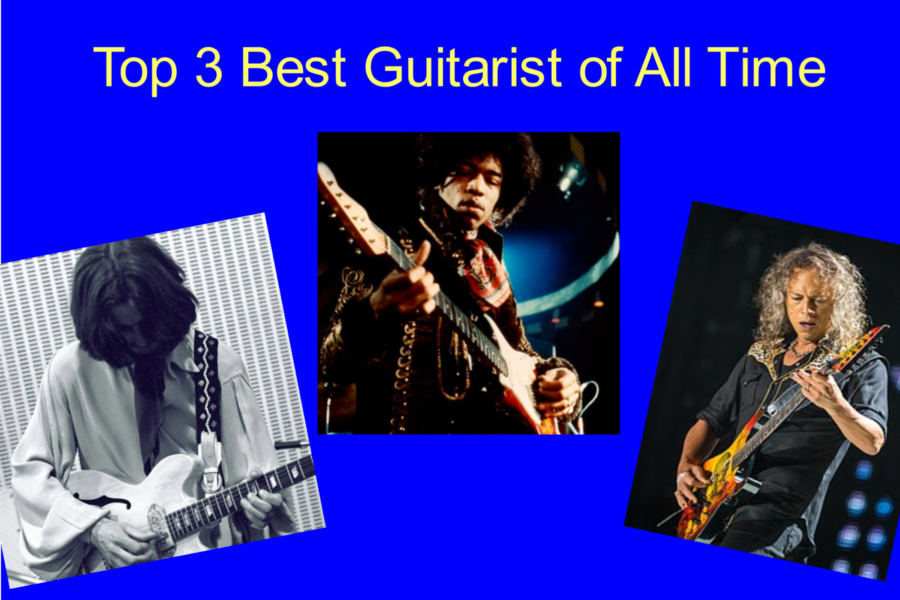 3. George Harrison 1943-2001
The lead guitarist known from playing the lead guitar for the Beatles as well as after the Beatles he played in The Traveling Wilbury’s, George Harrison is said to be known as one of the greatest guitarists in his time during his time with the Beatles. If I had to pick between all of Harrison’s work and label one of them as my favorite, I’d probably have to say “Octopus’s Garden” in which Harrison was actually soloing throughout the entire song, every second you heard at least one bar of Harrison’s amazing guitar skills. As everyone has figured, Harrison is one of my guitarist role models, as well as people like Kurt Cobain. Tragically we lost George Harrison in 2001 which is sadly my birth year, due to lung cancer.

2. Kirk Hammett 1962-Present
Kirk Hammett is actually known to be the greatest guitarist of our time, he’s known from playing the lead guitar with the heavy metal band, Metallica, since 1983 and has a solo in literally every Metallica song at least as far as I know, I have every album except for “St. Anger,” and “Garage Inc.,” but from what I’ve heard, those albums aren’t any good. Hammett is definitely my role model for guitar playing, I honestly would like to play metal music and solo like Hammett, and he’s actually a role model for a lot of teens and guys in their mid-20 for guitar playing, can’t blame them. I have yet to hear anybody better than him in my generation.

1. Jimi Hendrix 1942-1970
Hendrix, obviously said by millions, is the greatest guitar player to ever live, you can have your Chuck Berry, you can have your Bob Dylan, and you can have your Slash, there is nobody that will ever top the talent that Hendrix brought to everybody’s ears. Now I’ve never really heard any of Hendrix’s original music, I’ve heard bits and pieces but I’ve listened to his covers such as Bob Dylan’s “All Along the Watchtower” which is the one that I really fell in love with as well as his own creative way of playing the National Anthem. Sadly we lost Hendrix due to a supposed drug overdose, asphyxia with his vomit.