Hall of Fame coach steps down after 38 seasons 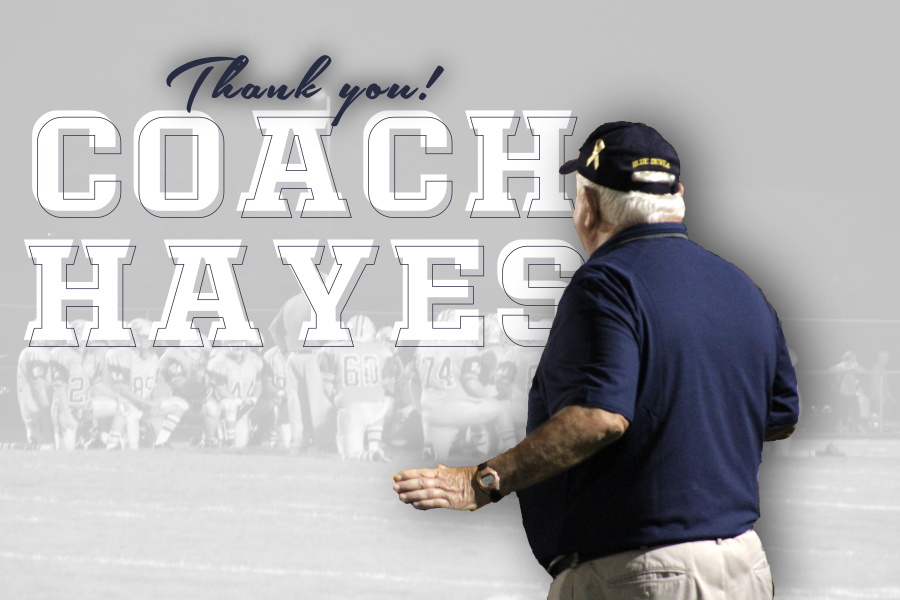 When Coach John Hayes stepped out on the football field of Bellwood-Antis’ Memorial Stadium November 3, 2017, he did not think it would be his last time.

He had always said he planned to coach as long as he enjoyed it and felt healthy enough to do so.

Something changed for the coach who has surpassed legendary status in the B-A community.

“I just don’t have the energy I feel I need to have to be as effective and do all the things (that go along with the job), not just as a coach on the field, but things in the summer and with paperwork,” said Coach Hayes.

Coach Hayes announced his retirement to his players at a meeting during school Friday after 38 seasons on the sidelines at B-A. He also plans on retiring from his position as the B-A athletic director.

“I used to come in to school, whether it was teaching or as athletic director, and I never hesitated about coming in,” he said. “I don’t hate coming in even now, but now there’s a little hesitation when I’m coming in. I don’t want to cheat this group of players.”

The players at the meeting were not expecting the announcement.

“I was shocked,” said freshman Nick Plank. “I thought it was just going to be your average meeting. He told us that someday we will find a time when we realize it’s time to step down, and this was his time to step down.”

Trentin Whaley, a junior lineman, said he had heard rumblings of Coach Hayes’ move, but he was still surprised when he heard it officially at the meeting.

“It was shocking,” he said. “I had heard some rumors, but I never thought it would actually happen. He told us he would still come to all of the games and watch and support us.”

Sophomore Tyler Garner said he the announcement left him in shock.

“I didn’t know what to think,” he said. “I really liked him as a coach and he was always nice to me.”

Coach Hayes said he plans on staying on as Athletic Director until the end of the school year.

“I’m still going to be a fan,” he said. “I’ll just enjoy watching the games. I don’t plan on being a loud voice in the stands, but I’ll be there, probably beside the concession stand, watching.”

Hayes, who has coached at B-A since the 1980 season, is responsible for turning the B-A football program into one of the most consistent ion the commonwealth. In the 38 years of Hayes’ leadership at B-A, the Blue Devils have had 34 winning seasons (two others were an even 5-5 split), three PIAA final fours, and 19 ICC titles. His teams have compiled undefeated regular seasons six times, most recently last season, when the Devils finished 10-0 with another ICC crown.

Hayes has also been the recipient of plenty of personal awards, including the Lifetime Achievement Award in Coaching. He is a member of the PSFCA Hall of Fame selection committee, and has declined nomination to the hall several times because he has always felt an active coach should not be actively coaching.

He was also the AD who oversaw the complete renovation of Memorial Stadium in 1997,  transforming the football field in to a track/football complex that was state of the art at the time it was built and remains one of the top high school football stadiums in District 6 to this day.

“Nobody could have enjoyed their experience as a coach, teacher, and athletic director more than I did,” he said. “The people here and the members of the school district have been great. The community has been supportive, not just of football but of all of our athletic programs. It’s been a happy marriage. I’m going to miss it because it’s been such an integral part and passion of my life.”