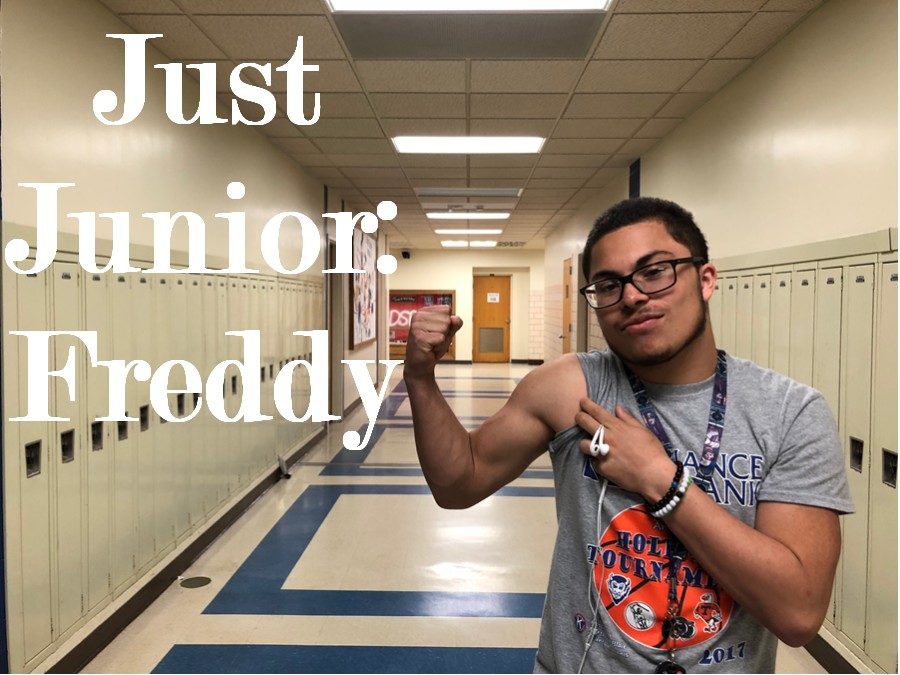 This weeks Just Junior is Alex Frederick, or Freddy for short. Frederick has been described by his friends as hardworking, compassionate, and the “class clown.”

“Alex is a true friend and he has always been there for me and everyone else,” said classmate Trenton Gonder.

Despite the fact that Frederick doesn’t know what to do with his future, he continues to work hard for his academic record. Alex’s favorite part about this school year is that it is almost over. His favorite subject is english because he enjoys writing and, according to Alex, “Mrs. Bartlett is the G.O.A.T.”

Outside of school, Alex is involved in Track, Basketball, and Football. During his free time, he enjoys hanging out with Clay Engle and going fishing.

“No one ever cheers me up better than young Fredward. He brings happiness to the world,” said senior Clay Engle.

Through the hardships in Frederick’s life, his grandmother continues to push him to be the best person that he can be. His biggest inspiration in life is Mr. Nick Lovrich, Track coach and gym teacher.

“He always has a smile on his face and is always positive towards other people. I try so hard to be like him,” said Alex.