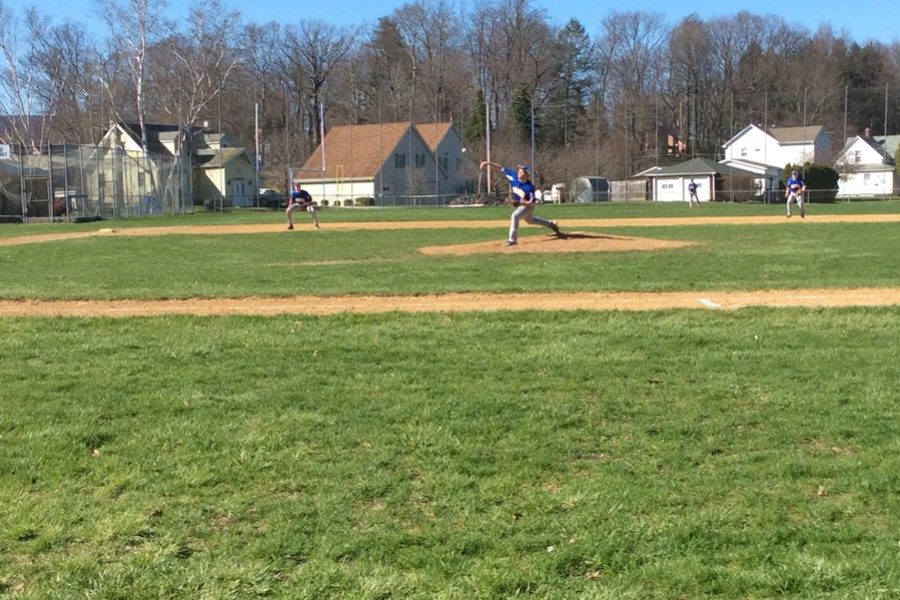 This weekend provided a good test for the Blue Devils baseball team with games against St. Joseph’s Catholic Academy and Bald Eagle Area, played on Friday and Saturday respectively.

B-A dropped the first game at home against St. Joseph’s 15-8. Trent Walker and Alex Schmoke each had a home-run in the losing effort, but the Wolves hitters kept them in the lead throughout the game. St. Joe’s started off the game strong with two runs to start the first inning, and the Wolves added another five before the end of the third inning. The Blue Devils would try to counter the ever-growing lead, including a three-run display in the bottom of the seventh inning but it wasn’t enough and the Blue Devils lost by seven; their biggest margin of defeat this season. Bellwood-Antis committed only three errors in the loss, another sign of the talent St. Joseph’s carries on their roster.

The second game of the weekend was a lot closer of a game for the Blue Devils. Bellwood-Antis found themselves locked up 4-4 at Bald Eagle Area High School, when Schmoke stepped to the plate in an effort to win it in the top of the 8th inning. The junior scored his second home-run of the weekend to increase Bellwood-Antis’ lead to two, an insurmountable amount for the home Bald Eagle’s to overcome. The Blue Devils played most of Saturdays game trailing, after Bald Eagle scored a run in each of the first three innings, however B-A steadily chipped away at the lead until the seventh inning where the Blue Devils tied it at four. However, only one extra inning was needed, as Travis Luensmann collected the save for B-A.

After this weekend’s out-of-conference matches, Bellwood-Antis finds themselves with a 12-3 record, on pace for one of the best in recent memory. The Blue Devils also find themselves in contention for top AA seed in District VI coming into the final week of the season.

The Blue Devils will take to the field at home today against Juniata Valley in a double-header. The Hornets are 12-2 overall and 10-1 in the ICC, with their one loss coming against Mount Union. The first game will start at 3:00, with the second tentatively scheduled at 4:30.

B-A stuck with the Lady Panthers for much of the game but a big seventh inning where Northern Bedford hit six home-runs to seal the win. Haley Schmidt started the game on the mound for the Lady Blue Devils, and five Bellwood-Antis batters hit three or more off of Northern’s pitcher.