“This is America” conveys an eye-opening message 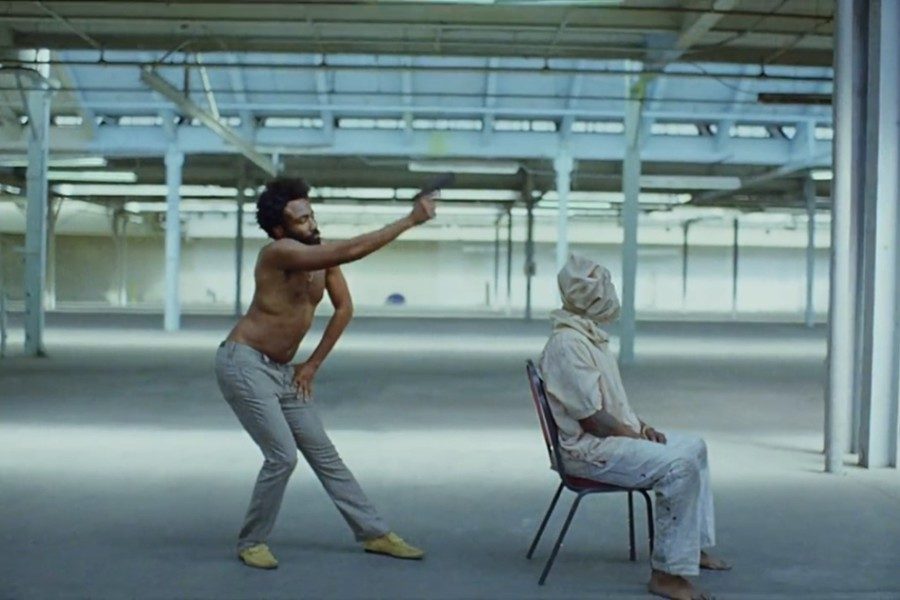 The first 55 seconds of the song This is America set the tone for a moving music video.

The rapper Childish Gambino, otherwise known for his comedic and acting career as Donald Glover, has made a new mark in the game with his most recent song “This is America”. But it’s not the song itself that is taking social media by storm; instead it’s the thought provoking music video accompanying  it that has stirred the Internet.

If you haven’t watched it yet, either follow the link below, or prepare for spoilers.

At first glance you might just assume it’s going to be one of those weird alternative music videos that every rapper does at least once in his career, a prime example being Kanye West’s “Power”. Much to the public’s surprise, the video takes a dark turn as the rapper pulls out a gun, and shoots an innocent man in the back of the head to reference Jim Crow Law of the 20th century. The beat is disrupted, his gun is carefully carried away in a small red cloth, while the body is dragged away.

From there the video continues to disturb thoughts. For the majority of the video the focal point is on Childish Gambino and a group of school kids dancing in such fashions we see in pop culture today. All the while, there is activity going on in the background such as rioting, black kids running from policemen and more.

This video displays the problems of ignorance spawned by the glaring light of the media in today’s society, where the youth are naïve to much that goes on around them socially and politically. Each time someone is killed in the video the weapon is treated with care, practically swaddled, while the bodies are disregarded, ignored. Immediately after the video continues and the dancing stirs back up. What is this saying about America? It’s telling us that Americans aren’t focused on the situations that matter. We are too caught up in the mainstream media that our focus doesn’t dance outside of the tunnel vision.

Let’s not forget about what might be the most disturbing part of the video: an apparent allusion to the shooting in Charlestown last year. Happy, harmless African Americans singing in a church choir only to be shot down in a fleeting second … and the world goes on.

With everything going on in America, I found this video to be sort of a wakeup call to our nation.   How often is this generation too caught up in the latest viral trend to see the real problems facing the country? Obviously, all too much.  Donald Glover took his platform to combine something trendy like rap music, and filled it with subtle messages to act as a reminder to the public that just because it’s not happening right in front of you, doesn’t mean it’s not happening somewhere.

So does the video deserve the praise? Sure it does. Did it make you uncomfortable? Did it make you think? It did for me. This is an announcement to the public that the violence needs to stop, that we must be more mindful as communities and more united as a nation, or this will always be America.