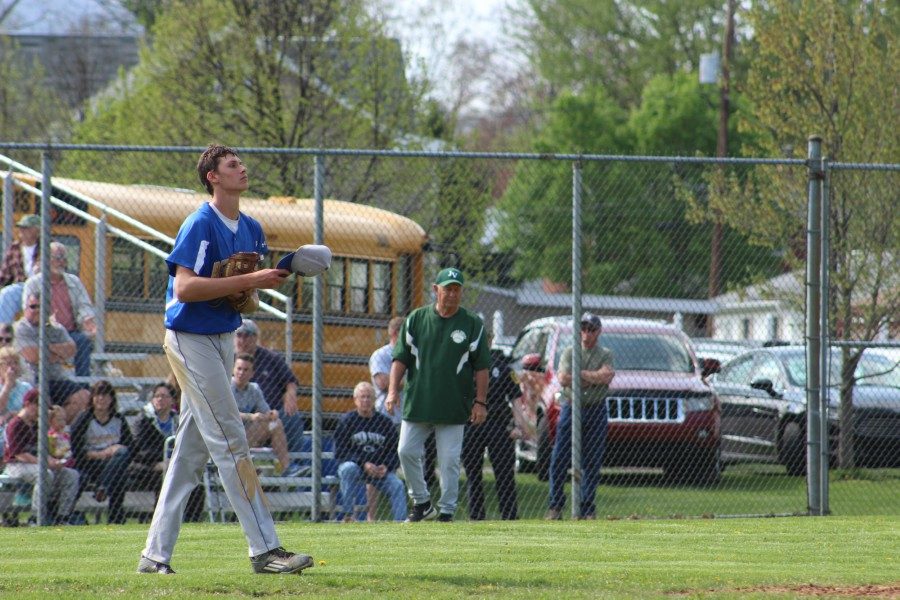 Travis had a great game

Bellwood-Antis started off hot in their District 6 2A playoff match-up against Portage yesterday  in Bellwood. The Blue Devils scored four runs in the first three innings to put the Mustangs behind early and B-A’s combination of stellar pitching and good defense made sure Portage couldn’t come back.

Yesterday’s s biggest story however, was Travis Luensmann’s performance on the mound and at bat. The sophomore started the game off hot after he knocked a two-run home-run over the fence, and then took his big game mentality onto the mound where he struck out 10 Mustang batters.

He was a major factor in the No. 3 Blue Devils’ 5-2 win over Portage, a win that sent 18-3 B-A into the District semifinals against No. 2 Bishop Guilfoyle later this week.

Luensmann pitched for just over six innings, and stepped off the mound after he reached his 100th pitch, allowing him to be available in B-A’s next game.

“He threw well,” said Colon. “He wasn’t as sharp as he has been, but he was still dominant.”

In the second, Mark Stewart singled to start the frame and later came around to score on a sacrifice fly to center from McFarland, making it 3-0.

That was all the run support needed for Luensmann, who struck out seven through the first five innings.

In the third, Luensmann and Jack Showalter led off the inning with back-to-back singles, and Luensmann later came around when Troy Walker reached on an error by second baseman Jackson Kozlovac making it 4-0.

“We did enough at the plate to score some runs,” Coach Conlon said. “Travis with the homerun was huge to get us started. We had chances to break the game open but just couldn’t get that hit to do so.”

The time and date of the semifinal game has not yet been determined.