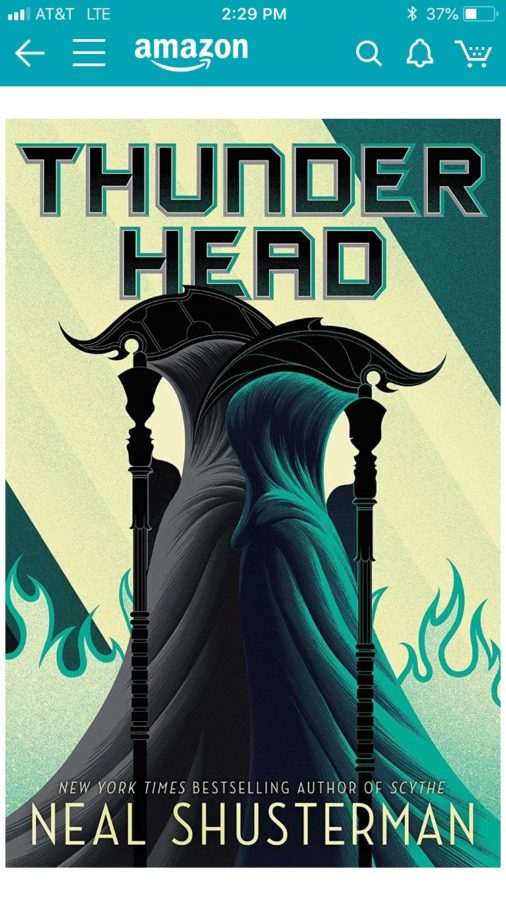 Thunderhead is the latest installment in the Arc of the Scythe series.

Acclaimed YA author Neal Shusterman continues his “Arc of a Scythe” series with a nearly flawless installment, released in January 2018: Thunderhead.

In this thrilling sequel, Shusterman continues to flesh out the world he has created in Scythe. In the first book, the reader is introduced to a society that has conquered disease and disability. The only way to die is to be “gleaned” by a Scythe– a person who has been deemed able to carry the burden of killing humans to curb overpopulation. The central focus of the novel is the protagonists’ journeys to becoming Scythes.

Thunderhead brings back Citra as a recently-ordained Scythe under the guidance of Scythe Marie Curie, and Rowan as the vigilante Scythe Lucifer. Both fight corruption within the Scythedom, but have entirely different ways of doing it. It also introduces new characters as the story becomes more and more complex.

In Thunderhead, Shusterman takes the great worldbuilding from Scythe and makes it even better. There is no need for humans to struggle anymore in this society. Everyone receives a universal base income to meet their needs, so jobs are optional. Everyone has healing nanites in their blood that activate when they get hurt, and “emo-nanites” that activate when they feel sad. Science and medicine have advanced to perfection. The novel shows that if society were to become perfect, people would become “stagnant”– that is, they would not have a real purpose in their life and lead an empty, uninspired existence.

Shusterman also introduces a great deal of political intrigue in Thunderhead. There are two main factions of Scythes: the “old guard” that wants to glean with compassion and uphold the ideas that the Scythedom was founded on, and the “new order” that wants to embrace their status as Scythes and enjoy the act of taking human lives. As the story progresses, the bickering between these two groups turns to outright hostility, even reaching the point of being deadly.

The characters are just as believable and well-developed as they are in the first book. The romance between Citra and Rowan continues to develop at a realistic, comfortable pace. And above all else, Thunderhead is a great thriller. Shusterman will grip you from the first page and keep you right up until the cliffhanger at the end of the novel.

Each book in the “Arc of a Scythe” series serves to make you think about the consequences of living in a perfect world. Thunderhead accomplishes this while at the same time telling a genuinely compelling story that is populated with well-written characters.