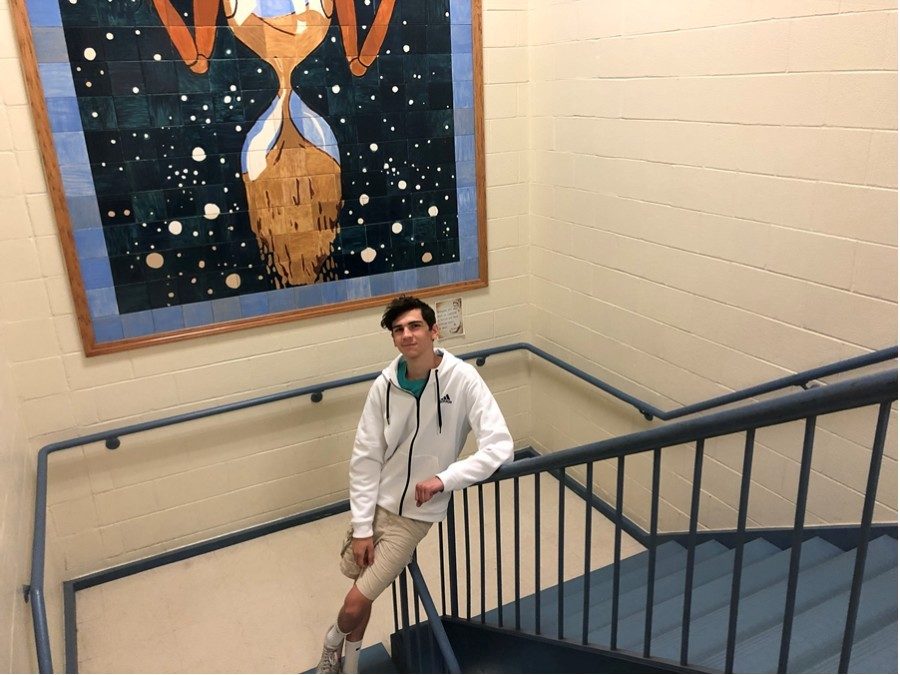 His story Grappling with climate change earned him an honorable mention in the competition.

Before Quintin advanced to the national contest, he placed first in the Environmental category for the PA Press Club statewide contest. Other BluePrint staff were also recognized statewide, but only Quintin made the cut in the national competition.

All first place winners in the statewide contests across the country advanced to the nationwide contest, where they could place first, second, third, or in honorable mentions.

“For this to be my first year in Blueprint and for my story to be one of the first I wrote, I am genuinely surprised!”  said Quintin. “It’s an honor to get to the National level of awards for this story.”

All national winners are invited to the Youth Award Luncheon at NFPW’s national communications conference on Saturday, September 8, 2018, at the Comfort Suites in Bethlehem, PA. Students have the option to eat at the luncheon and sit in on any of the conference sessions that day.

“Quintin’s success is the product of hard work. Not only did he put in several class periods of research, but he also conducted several interviews and revised the story four or five times,” said Mr. Kerry Naylor, the BluePrint advisor. “He put in the work and deserves this recognition.”