GAME REVIEW: The Legend of Zelda 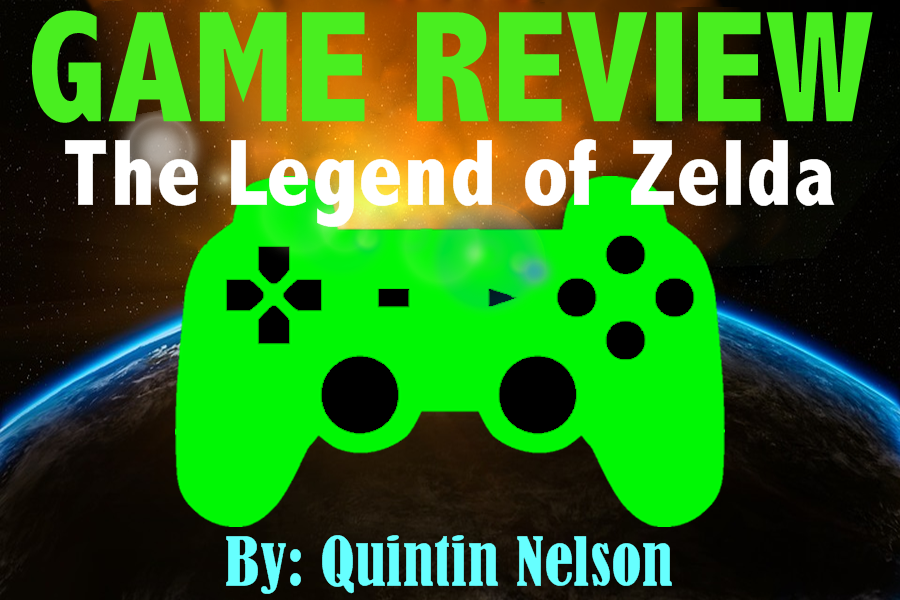 With the release of “The Legend of Zelda: Breath of the Wild”, it may be obvious how beautifully artistic the game really is. The story elements, the characters, and the adventure. But where did it all begin?

The Legend of Zelda started in 1986. It was one of Nintendo’s very first games, alongside Metroid and Super Mario Bros. But it was something much richer than that. I t was the start of something brilliant: the adventure genre. With a free-roam experience, one must go through and find dungeons, battle enemies, and quite possibly have to peek at the walkthrough every once in a while to find out where to go next. Nothing in the realm of video games has something like this been introduced. It also produced an amazing soundtrack, revolutionary for its own reasons… But how does it all hold up to today’s video games?

The Legend of Zelda begins with Link meeting a mysterious unnamed old man. “It’s dangerous to go alone! Take this” he says. Link is given a sword to help him on his quest to defeat Ganon and rescue Princess Zelda. He exit the room and you are left to explore the island. There genuinely isn’t a place to start, you kind of have to figure it out for yourself! This is something I admire about the game. Instead of telling the player what to do or where to go, you have to figure it out for yourself. This method of gameplay is resonated into today’s games, with an open world mode present in many popular games such as Grand Theft Auto and Watch Dogs.

It also presents animals and monsters for Link to fight. Thought the shooter and fighter genre has been around since the beginning, the open world depiction of the game has really put it into new dimensions. This breaks away from other games where the character is normally forced to fight. Here, in the open world, if you see an enemy, it isn’t totally necessary to fight. However, dungeons, are another story.

Dungeons are in almost every adventure game. A dungeon is a series of rooms with enemies in each room. You must defeat the enemies to receive keys to continue to the next room. The goal of a dungeon is to reach the end and defeat the final boss. This was genius, and it really gave the game strength in its difficulty and experience.

Compared to today’s games, the game’s story and difficulty still holds up. I admit I played the game through myself and even I had to peek at the walkthrough a couple times.

I’d rate this game a 9.5/10 and would recommend this game to anyone who enjoys classic games and to anyone to has the time to spend hours figuring out how to win the game.